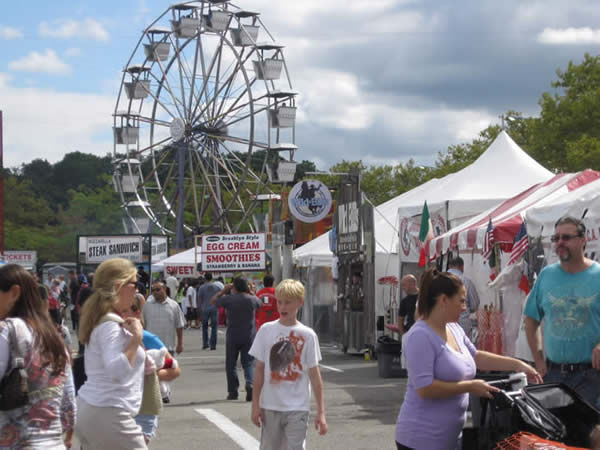 The John Michael Marino Lodge Italian festival is offering people the chance to transition out of summer, going from hot dogs and hamburgers to authentic Italian cuisine.

The festival, which will be held at North Hempstead Beach Park at 175 West Shore Road, will run from Sept. 7 to Sept. 11.

“The purpose of the Italian festival is primarily to raise funds for our scholarships and charity awards,” said Marianne Prince, the festival’s chairwoman and a member of the  lodge, which is part of the Order Sons of Italy in America.

The local lodge, with the help of the money raised during previous Italian festivals, has awarded over 400 scholarships to high school students.

The festival originated in September 1979 and is currently on its 37th year.

However, Prince said, this year the festival will include new entertainment, from new food to new rides.

“To be honest, most people come to the feast for the food we serve in our food tent,” Prince said. “That’s not to take away from our other great tents, but we just offer great food.”

It will also serve meatball heroes and eggplant Parmesan.

Additional food vendors will be serving sausage and peppers, hamburgers, Greek and Hispanic foods — all new features at the festival, Prince said.

Prince said that although the main food tent is the most popular, many people visit a tent “where they can enjoy different types of Italian pastries.”

In the pastry tent, Prince said, people can enjoy cappuccinos, espressos and regular coffee, too.

On Friday, Dolce Vita Music Entertainment will provide the music, and on Saturday there will be music by Entertainment Express DJs, featuring Tommy G.

On Sunday, Piece of the Rock Band will be playing “all-time music favorites,” according to a flier for the event.

This year, the festival will be using Blue Sky Amusement, a company that provides festivals and fairs with rides, to enhance the fun for children, Prince said.

On Sunday, the festival will host a 9/11 remembrance event to honor  troops, veterans and first responders.

Prince said that about 130 volunteers are putting the festival together. She said the festival usually attracts 15,000 to 20,000 people a year.

“Everyone has been working very hard to make this work,” Prince said. “And during the feast, people will be dedicating even more time.

Some people will work over 60 hours. It makes it all possible.”

The festival costs $3 per car, and rides and food are a separate cost. Ride wristbands will cost $15 on Wednesday; $30 on Thursday, Friday and Saturday; and  $25 on Sunday.

Aside from the food vendors, there will  be vendors selling jewelry and other products, Prince said.