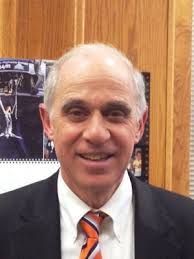 As it released last year’s K-12 Common Core test results on Thursday,  the Manhasset Board of Education criticized the tests and promised to use the data in a limited fashion.

Minutes into a presentation by Charles Leone, assistant superintendent for curriculum and instruction, board members as well as school Superintendent Charles Cardillo described the Common Core testing program as still struggling to recover from its flawed initial implementation in 2013 under former New York State Education Commissioner John King Jr., now the U.S. secretary of education.

Cardillo acknowledged the public uproar across New York in response to that initial implementation. As a result “the state asked us not to use scores in ways they’re not meant to be used,”  he said. “They’re just used to measure student growth and program effectiveness.” The scores cannot be used as a marker of collective student performance from year to year because the difficulty of the tests has changed unevenly over time, he said.

The narrowed application of the test data raised questions about whether the testing is worth the loss in instructional time. “Since we can’t use these tests,” said Regina Rule, the  board president, “are they an exercise in futility?”

The value of the test results has also been compromised by students opt-outs, which have occurred in districts throughout Nassau County and New York State. Opt-outs in the Manhasset school district totaled 14 percent of students, a relatively modest number compared with nearby districts that have experienced 75 to 80 percent opt-outs, said Cardillo.

Yet the area-wide opt-outs make it impossible for the  Manhasset school district to meaningfully compare its scores to those of other districts, further limiting their use.

The results released covered a variety of subjects for grades K-12.

On the eighth grade English language arts test, 81 percent of the students performed at a proficient level while 85 of 315 students opted out. For the eight grade math test, 191 of 315 students did not take the test, in part because those enrolled in algebra are exempt from taking this test. Of the students who did take the test, 65 percent  performed at a proficient level.

Leone defended the continued use of the Common Core test, saying it help schools “identify student weaknesses and see how professional development can improve [student] performance in those areas.”

Cardillo later affirmed “the important value of tests in education.” He continued: “Assessment is important but there are flaws in Common Core. There’s a lot of anxiety with the tests and we’ve tried not to add anxiety to what’s been out there.”  He noted that “students live in a competitive society, a testing society” and expressed  a commitment to implementing the tests in coming years.

Cardillo credited State Commissioner of Education MaryEllen Elia, appointed in May 2015, with improving the Common Core testing standards. “She’s been trying to turn around a ship that was teetering,” he said. “It’s been much better than it used to be.”