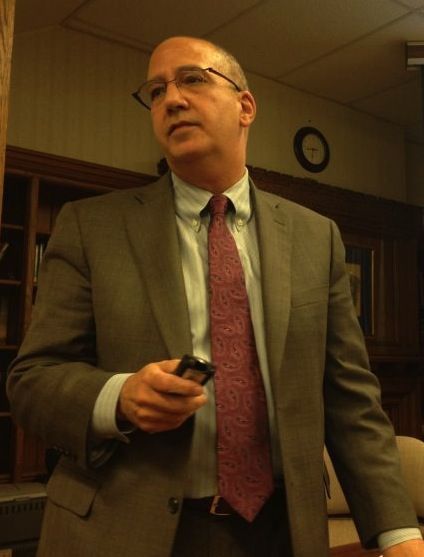 Mandarin Chinese, Shakespearean theater and the science of natural disasters are among the courses that Manhasset High School aims to offer for the 2017-18 school year, according to a presentation by district officials last Wednesday.

The announcements came as part of a periodic course gap analysis, the last of which was given in 2014, that projects classes the district may offer in future years.

“We do things well, and we’re always looking to do things better,” said Regina Rule, the president of the Manhasset Board of Education. “You can’t manufacture that commitment to ongoing improvement.”

Charles Leone, assistant superintendent for curriculum and instruction, moderated the presentation as district officials informed attendees about curriculum developments in their academic departments.

The mathematics coordinator, Ray Scacalossi, announced a possible 2017-18 AP calculus AB course with an extra lab period that would allow additional study time for those who experience difficulty with the course.

“It might pick up students who wouldn’t take the course otherwise,” Rule said. Other prospective math courses include statistics, AP computer principles and college level accounting.

Tom Elkins, district coordinator for science, health and technology, announced a non-Regents applied chemistry course that may be implemented in 2017-18.

“It’s a course for students to take who struggle with chemistry,” Elkins said. “A safety net for a tenth grader if it’s not working out in Regents chemistry.”

Leone made a presentation for Dr. Patrick O’Reilly, district coordinator of English language arts, who was not present. The English department has no plans to implement specific courses, due to “enrollment fluctuations this year in some electives compared to last year,” according to presentation documents. “Prior to consideration of new courses, the English department wishes to enhance enrollment in current electives so as to avoid over-extension of elective offerings.”

Laurie Lauria, coordinator for extra-classroom activities and attendance, discussed prospective foreign language offerings, which include Mandarin Chinese for the 2017-18 school year. The course was offered two years ago but did not garner sufficient interest to be offered this year.

“It’s a challenging course but I think that there are students up for the challenge,” she said.

The director of instructional technology and libraries, Sean Adcroft, said his department may offer new computer programming platforms in 2017-18, including KidOYO and Python. KidOYO allows students to gather a portfolio of their coding work, which they can send along with college applications, he said. Python is a coding language very similar to the commonly used Java.

Anthony Ambrogio, administrator for the arts and human resources, announced two prospective arts courses for 2017-18: digital photography II and animation II. He also announced two prospective theater courses for 2017-18 that include Shakespeare: from page to stage and a writing, directing and design symposium, the latter of which will allow students to “work collaboratively on producing a one-act play,” according to presentation documents.

The last presentation was made by James Amen, director of physical education, interscholastic athletics and health services. He announced two prospective electives, project adventure and leisure time activities, which may be implemented in 2017-18 and 2018-19 respectively. According to presentation documents, project adventure is a yearlong team game that incorporates physical and mental exertion, while leisure time activities consists of tennis, ice-skating, yoga and pilates, among other sports and hobbies.