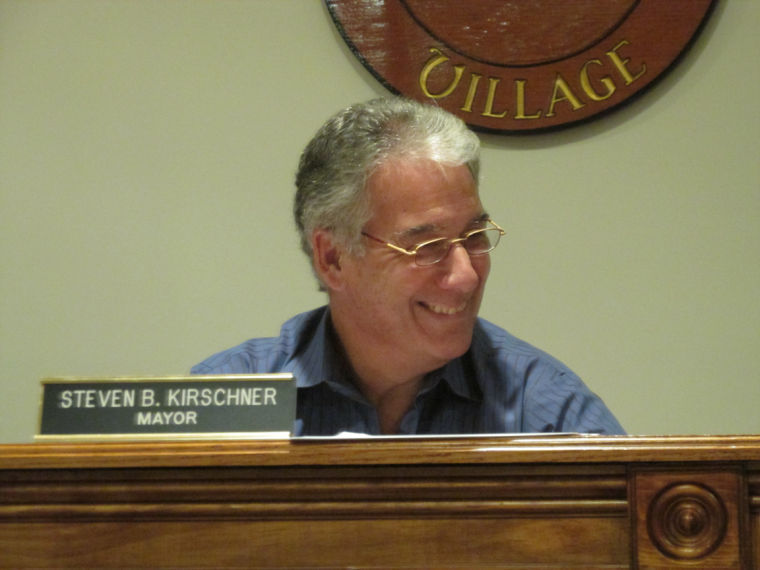 Village of Russell Gardens trustees on Thursday approved the renewal of a special-use permit for Master Cars USA to operate a car dealership at 275 Northern Blvd.  Mayor Steve Kirschner said at the village’s Board of Trustees meeting that he had no issues with Master Cars continuing to operate in the village, but wanted to ensure that the company abided by village laws.
“As an automobile dealer, one of the things we’re also concerned about is you obey all of our laws,” Kirschner said. “In addition, the most important ones we’re really concerned about is we don’t want unregistered vehicles parked on our streets, particularly Northern Boulevard and we don’t want any vehicle, whether registered or not, that is blocking our sidewalks.”
Lawrence Pinner, an architect for Master Cars who appeared at the meeting, said the dealership has operated in the village since 1992 and would continue to obey village code.
Kirschner said Master Cars needed to provide at least 11 off-street parking spaces for the business.
Village code requires that vehicle dealerships offer one parking space per every 150 square feet of gross floor area. The dealership’s location has a floor area slightly above 1,500 square feet, Kirschner said.
Pinner said the operation actually provides 15 off-street parking spaces.
The board unanimously approved the application on the conditions that Master Cars submits an updated site plan that delineates where the 15 parking spaces are, that no unregistered vehicles are parked on village streets and that no vehicles block village sidewalks.
Also at the meeting, the board changed the date of its next scheduled meeting from Oct. 6 to Oct. 5.
Kirschner said Village Hall would be used as a polling site for the 3rd Congressional district’s Republican primary between state Sen. Jack Martins and  Philip Pidot, a fraud investigator, on Oct. 6, so the board couldn’t hold a meeting that day.