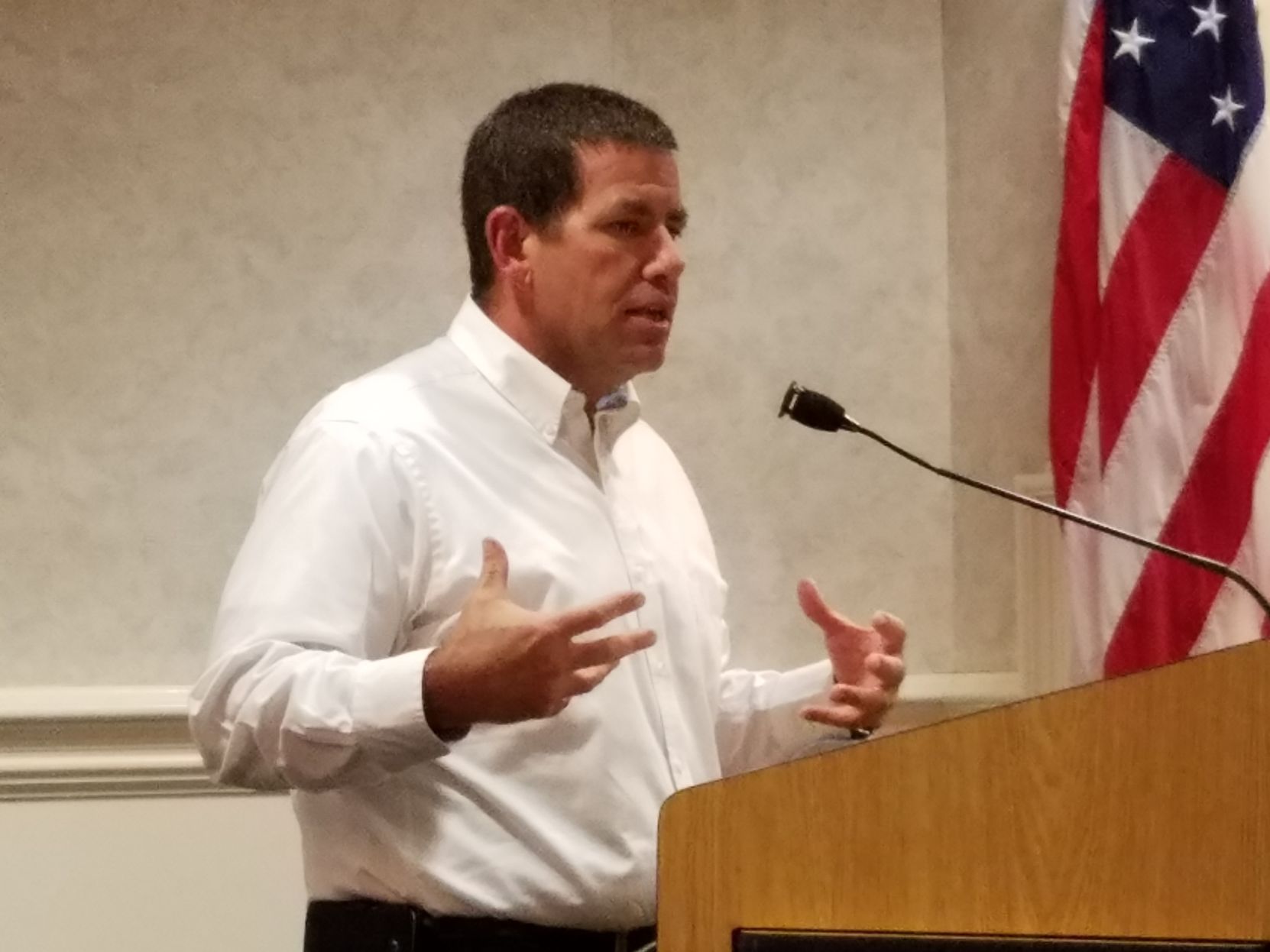 A Great Neck-based sports management company wants to turn a Mineola soccer field into a $10 million training camp for the sport’s rising stars.

But residents worry the deal would push out some community sports teams that have played on the site at Wilson Park for years.

One resident, Damien Decollibus, a member of the Mineola Athletic Association, asked at last Wednesday’s Village Board meeting whether local recreational leagues would lose young players to the training camp.

The complex would be used as a training camp for elite soccer teams that want to tap the talent of the 123,000 youth soccer players in the northeastern U.S., said Pilkington, who runs U.S. operations for Dragon Force Academy, F.C. Porto’s training program for players from age 4 to 23.

The structure would be split into four fields and contain 1,500 square feet of retail and concessions space, said Pilkington, a Mineola resident. It will also have a 95-car parking space just outside  the dome, he said.

The complex would attract community groups, camps, clinics, tournaments, conferences, corporate meetings and parties, in addition to giving residents and local youths a place to play, Pilkington said. The turf would be marked with lines for soccer, lacrosse, softball and baseball, but not American football, he said.

“The whole point of setting up in Mineola is so we can make a significant change, and develop an ecosystem where all our groups work together in usage of the facility,” Pilkington said.

If the project moves forward, the village would enter into a contract with Nassau Sports Dome Complex, and the village would be acknowledged as an F.C. Porto “Dragon Academy” city. F.C. Porto and Nassau Dome Sports Complex would also open a scholarship fund for local youth athletes, Pilkington said.

The project has $2.75 million in private investment and Nassau Sports Dome Complex would borrow the rest of the $10 million cost, Pilkington said. The air-supported dome would take 16 to 18 weeks to build, he said.

Mineola Mayor Scott Strauss said the village’s main concern is for the local athletic associations that currently use field No. 3.

“We want to make sure the MAA and PAL [Police Athletic League] don’t lose any of the time we have given them on our fields now, which is usually the evenings,” Strauss said.

“How do you know a 4-year-old is an elite soccer player without inviting them into the organization and be part of your program?” Pizzarei said.

He also raised concerns about injuries and liability if multiple sports are active on the field at the same time. “There’s a safety issue, because if you get hit with a lacrosse ball, it hurts,” he said.

Decollibus, an MAA member, asked if the village was prepared to take on as much as $5 million in upkeep if necessary.

Tim O’Connell, an athletic director at the Mineola Police Athletic League, said he thinks there is a need for an indoor facility, but wondered how it would operate.

Community leagues use the field during “prime time” throughout the year, which could be an obstacle to generating revenue, he said.

Pilkington said the current indoor facilities on Long Island are small and dated, and that he and his partners are looking to get things done in “the most environmentally sound way.”

“I know personally that soccer organizations rent space all over Long Island to midnight or later, so there is a need for this,” village Trustee Dennis Walsh said.

Pilkington said he is willing to have a village trustee and representatives from the MAA and PAL be involved in negotiations over time slots and use in a spirit of  partnership.