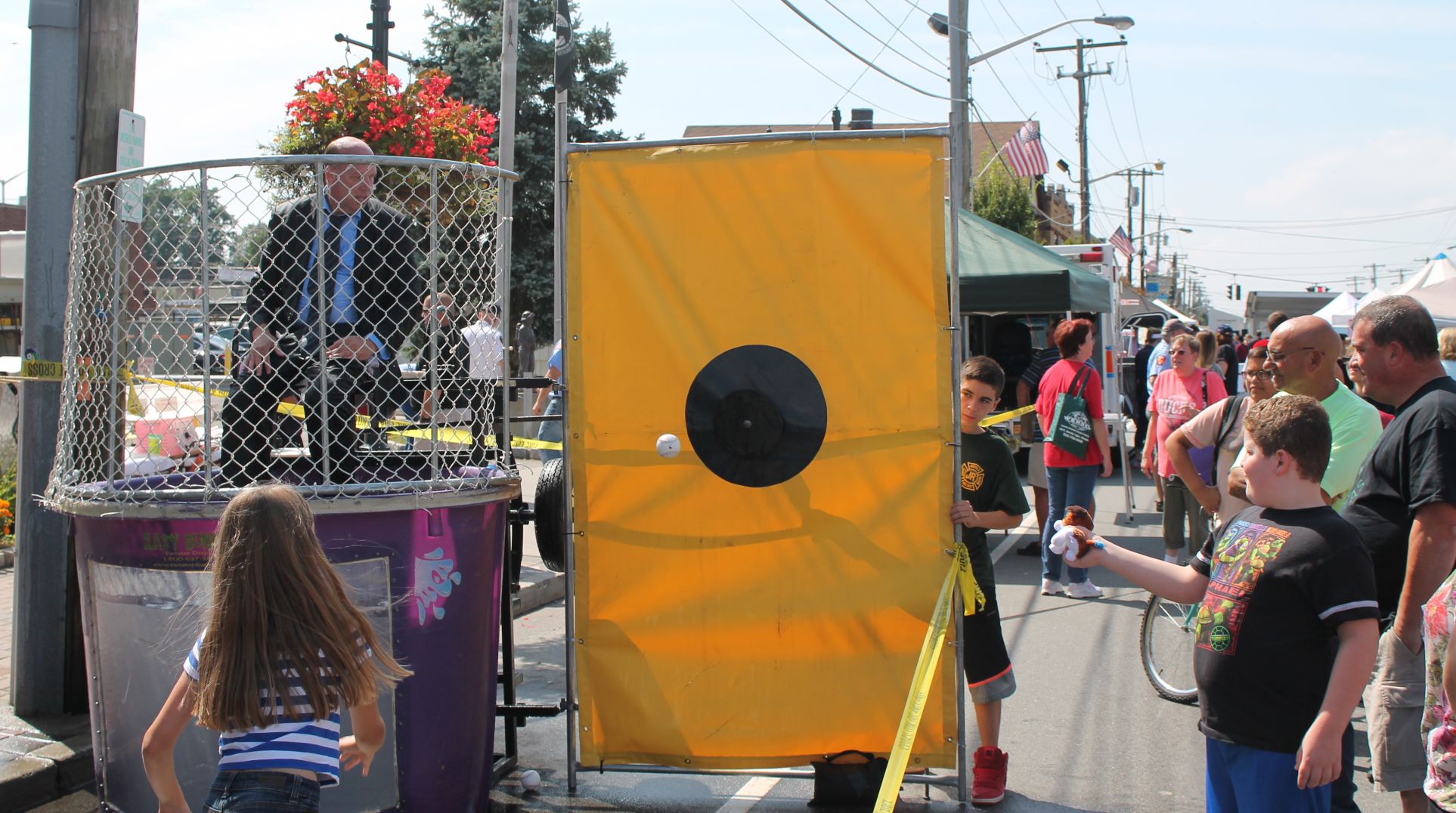 Despite planners’ hopes for sunshine, rain on Sunday led the Mineola Chamber of Commerce to cancel its annual street fair for the first time.

A group of about 10 chamber leaders gathered in the Mineola Diner early Sunday morning and decided to call off the event around 7 a.m. as rain poured outside, said the chamber president, Tony Lubrano.

“We by all means were in that diner yesterday morning praying for the sun to come out, but Mother Nature wasn’t on our side this year,” Lubrano said Monday.

The chamber has postponed the fair in past years but has never had to cancel it, he said.

Street fair planners postponed the fair a week from its original Oct. 2 date when the weather forecast predicted rain, but none fell on that overcast Sunday, and forecasters started predicting rain for the new date.

It looked like the wet weather would stop by late Sunday morning, so planners waited as long as possible to call off the fair since there was no backup date this time, Lubrano said. Village of Mineola workers and auxiliary police officers even closed Jericho Turnpike and Willis Avenue in preparation, he said.

But the rain made it impossible to set up the sound equipment for the fair’s three outdoor stages, Lubrano said.

“It’s a great disappointment,” he said. “Anything you put an effort into and not be able to see it come to fruition is certainly disappointing.”

The street fair expanded its footprint this year and was expected to draw hundreds of people with more than 30 performers, inflatable rides for children and dozens of businesses, community groups and outside vendors.

The chamber spends about $7,000 to put on the fair and puts the proceeds into its scholarship fund for Mineola High School and Chaminade High School students, Lubrano has said.

The chamber will start preliminary plans later this fall for next year’s fair, set for Sept. 10, 2017, Lubrano said. The aim remains the same, he said: “take something that belongs in the Midwest and bring it to the middle of Nassau County.”

“For us it’s close to the heart, because we really try to make it a local village event,” he said.