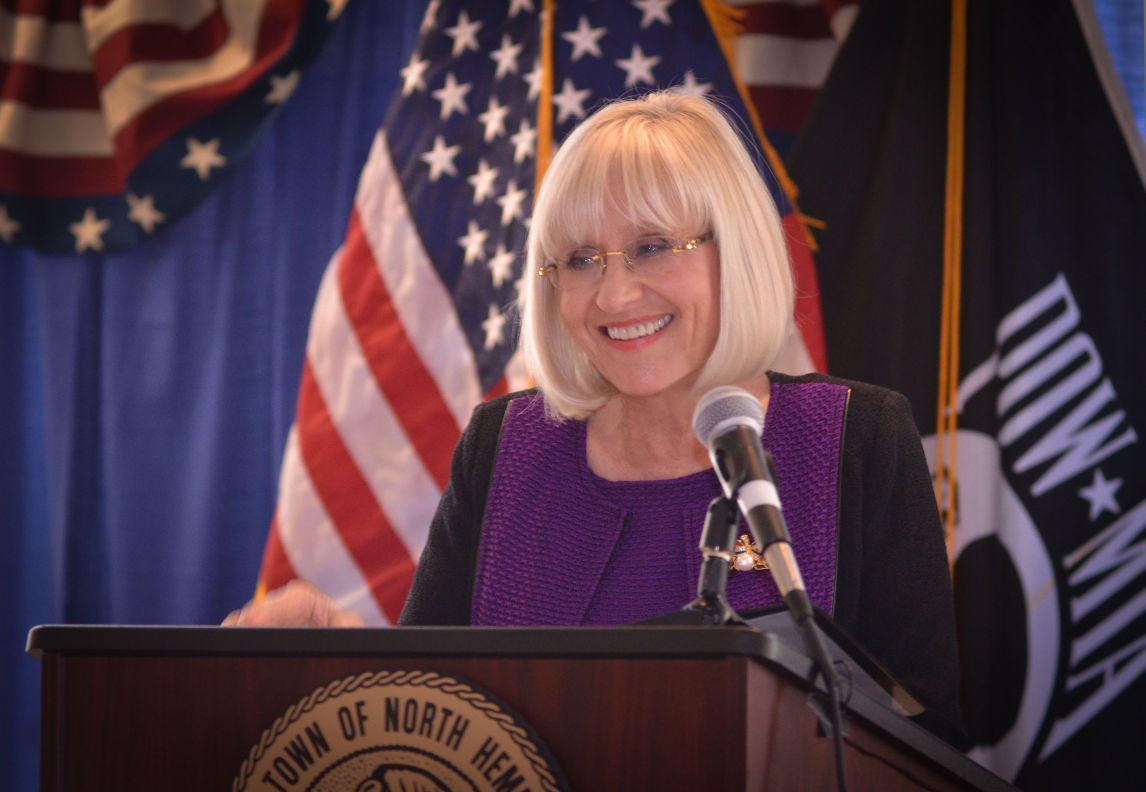 The North Hempstead Town Council is seeking to increase the legal age to purchase cigarettes, electronic cigarettes and other tobacco products from 18 to 21 years old.
After discussions halted on a proposed bill to regulate the advertising of tobacco products near schools and areas where children congregate, North Hempstead Town Supervisor Judi Bosworth said the law was “well-intentioned” but the town board believed “attempting to regulate advertising would have tied the town up in court for years and youth still would’ve been able to buy cigarettes and e-cigarettes.”
“I believe that we have arrived at an excellent solution that still addresses the same goal that the advertising regulation attempted,” Bosworth said. “This new proposed law would ban stores in the town from selling cigarettes or e-cigarettes to anyone under the age of 21.”
“This will directly protect all the youth in the town and will have the added benefit of applying everywhere, not just to schools,” she added. “By restricting the sale itself instead of regulating just the ads, we’ll protect the health of our children regardless of the location of the store selling cigarettes.”
Town Councilwoman Dina De Giorgio, who introduced the legislation to regulate tobacco product advertising, said her goal was to protect youth from the dangers of cigarettes and for the town to be a leader on tobacco-control measures.
The new proposed law, De Giorgio said, accomplishes both of her goals and she considers it a “win.”
Bosworth said that New York City and Suffolk County have already adopted similar laws, although Nassau County did not despite the efforts of herself and county Legislator Judy Jacobs, who died last month.
“While we can’t do the whole county, we in North Hempstead agree with Judy Jacobs about the need for this to be a regulation so that no one under the age of 21 has the ability to buy cigarettes or e-cigarettes,” she said.
While serving in the Nassau County Legislature together, Bosworth said, she and Jacobs introduced multiple bills regarding the regulation of tobacco use that “never made it to the floor.”
“I’d like to think that Judy Jacobs, may she in rest in peace, will be very pleased, indeed, that we are following her lead, even if the county wouldn’t,” she said.
The board will hold a public hearing on the proposal at its Nov. 15 meeting.
The board also held a public hearing on its 2017 tentative budget, which calls for $126.7 million in spending, less than a one percent increase from last year’s $126.2 million budget, and remains under the state-mandated 0.68 percent tax cap.
Bosworth said the current proposed budget is “very much a work in progress and there may be substantial changes after today’s public hearing.”
The budget includes a $67.26 million General Fund, a $35.46 million Town outside Village Fund, and $24 million for the 20 town-operated special districts.
The General Fund covers residents across the town, both within incorporated villages and unincorporated areas. The Town outside Village Fund accounts for those who live or own property outside the borders of the town’s incorporated villages and goes towards departments that handle road maintenance, snow plowing, code enforcement, building safety and inspection, and community planning.
There are 43 special districts in the town, 20 operated by the town and 23 with independently elected governing boards.
Each special district with an independently elected board has its own budget, subject to approval by the Town Council.
“As we move to the next stage of the budgeting process, my goal is to reduce the fund balance appropriation as much as possible to ensure the town operates within its needs and remains structurally balanced,” Bosworth said. “We will be evaluating position vacancies along with town personnel and additional reductions may be required.”
The town board will hold another public hearing on the tentative budget at its Oct. 25 meeting and is scheduled to vote on the budget at its Nov. 1 meeting.