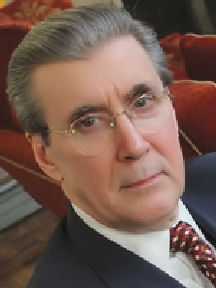 Here’s my take on those who lost and those who gained in Nassau politics this year:
Losers
Dean Skelos:  The one time state power-broker and Senate majority leader was found guilty of eight counts of bribery, corruption and extortion.
A unanimous jury concluded that to help his son, Skelos used his elected office to benefit a real estate developer, a medical malpractice insurer and an environmental company.  He was sentenced to five years in prison.
Frederick Ippolito:  The former Town of Oyster Bay Commissioner for planning and development, pleaded guilty to evading federal income taxes on $2 million of income.
The long-time Republican operator confessed he received $2 million for “consulting” with a road paving firm that employed him before becoming a commissioner in 2009.  Ippolito began his 27-month prison sentence on Nov. 18.
Edward Mangano:  The Nassau County executive was indicted by the United States Attorney in a bribery probe on Oct. 20.
It is alleged that he arranged lucrative county contracts with a restaurateur in exchange for expensive vacations, improvements to his home and a six-figure no-show job for his wife.
John Venditto:  The longtime Town of Oyster Bay Supervisor was indicted on Oct. 20.
Charges include obstruction of justice, lying to federal agents and amending Oyster Bay contracts to give a restaurateur a multi-million dollar loan guarantees.
During his tenure as supervisor, Venditto’s mismanagement of finances has left the town on the verge of bankruptcy and has driven its bonded debt ratings to “junk” status.
Gerard Terry:  The Town of North Hempstead Democratic political operative was indicted by a county grand jury on eight charges of tax fraud.
He allegedly failed to file state income tax returns in 2010 and 2015, filed “a false instrument for his 2013, 2014 and 2015 personal income tax returns” and “omitted material information.”
He may owe as much as $1.4 million in federal and state taxes.
Jon Kaiman:  During his tenure as NIFA chairman, Kaiman contributed to the county’s ever growing fiscal crisis.
His self-proclaimed cost-neutral union wage deal is actually costing Nassau County an extra $70 million a year.
In the 3rd Congressional District’s Democratic primary to succeed retiring Congressman Steve Israel, Kaiman was decisively defeated by Tom Suozzi.
Kaiman came in a dismal third with only 21.6 percent of the vote.
Adam Barsky:  Newly appointed Nassau Interim Finance Authority Chairman Adam Barsky makes an immediate appearance on the losers list, having conducted himself as if he were campaigning for a spot.
Whether it was backtracking on legitimate procurement reform — only to find that the county’s response was a toothless window dressing — or taking the path of least resistance on Nassau County’s budget, his insistence on taking the now-indicted Nassau County executive’s word for things and side on issues, has cost the position of “chairman of NIFA” whatever minimal credibility was left by Kaiman’s counter-productive tenure.
Winners
Tom Suozzi:  After losing a Democratic primary for governor and twice for the Nassau County executive post, Suozzi made a remarkable political comeback.
In the 3rd Congressional District race, he easily beat back four opponents in the primary and went on to win the hotly contested race in November with 52.4 percent.
Jack Martins:  Although this Republican lost the 3rd Congressional District election, he ran a respectable race garnering 48 percent of the vote in this heavily Democratic district.
He earned the right to seek the Grand Old Party nomination to succeed the disgraced Ed Mangano next year.
Judi Bosworth:  The Town of North Hempstead supervisor has done a fine job of cleaning up the various messes her predecessor Jon Kaiman and his indicted mentor, Gerard Terry, left her.
Robert L. Capers:  The United States Attorney for the Eastern District has done an impressive job of rooting out corruption.
He convicted the Suffolk County conservative leader, Ed Walsh, for collecting up to $200 thousand by falsely stating he was performing his duties as Suffolk jailhouse lieutenant, and ex-Suffolk County Police Chief James Burke.
He indicted Mangano and JVenditto and is investigating Suffolk’s District Attorney Tom Spota.
Hopefully, President Trump keeps him on the job.
Madeline Singas:  The Democratic Nassau District Attorney, a career prosecutor, has kept her word to the public that she would run a non-partisan office, resist political pressures and strive to uncover political corruption.
Her indictment of Democratic operative Gerard Terry proved her independence.