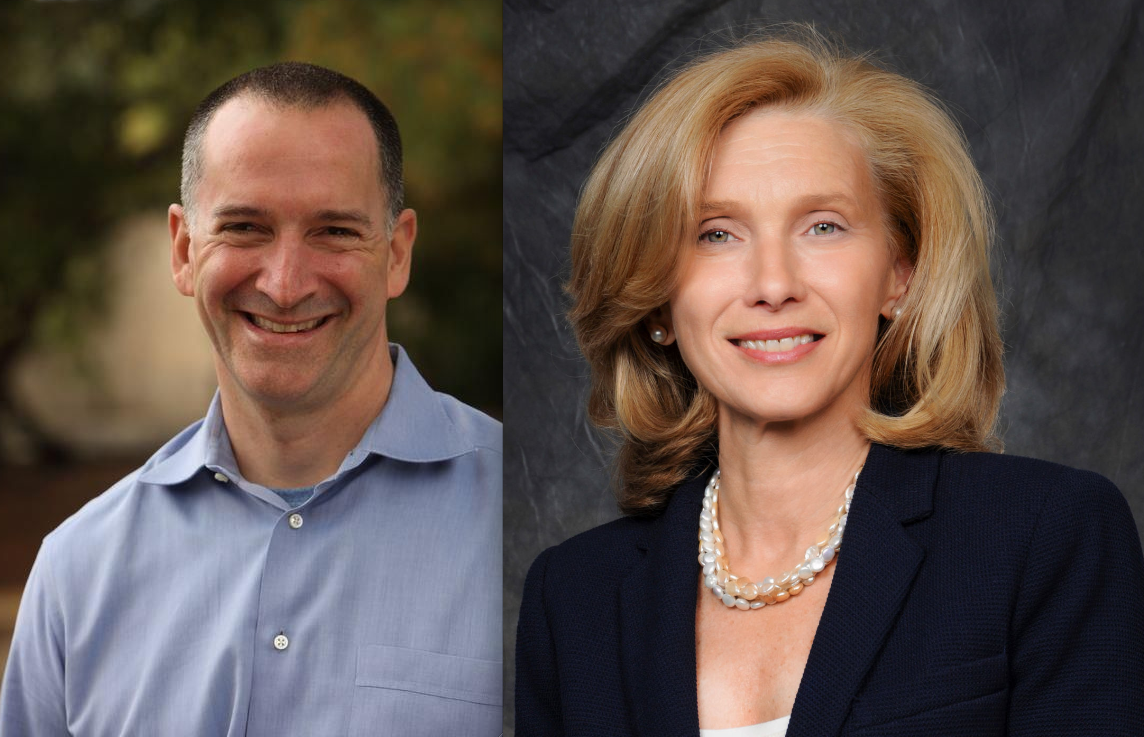 A pro-charter school group spent more than $2.6 million in television and radio advertisements in support of Republican state Sen.-elect Elaine Phillips in her campaign against Democrat Adam Haber, a financial boost that the Nassau County Democratic party chairman said helped lead to her victory in the 7th Senate district race.
The $2.6 million given by New Yorkers for a Balanced Albany, a political action committee formed by the pro-charter school group StudentsFirst, was part of $3.14 million Phillips received from independent expenditure groups compared to $925,700 Haber received, according to a review of 11-day pre-general election financial disclosure reports by Blank Slate Media.
Combined with $1.03 million received by Phillips’ campaign and $1.37 million received by Haber’s campaign, the independent contributions gave Phillips a nearly 2-1 edge in spending over Haber — $4.17 million to $2.3 million.
The Nassau Democratic Party chairman, Jay Jacobs, said Hillary Clinton’s loss in the presidential election may have played a role in Haber’s loss, but the spending by independent expenditure groups had the biggest impact on the race.
“The truthful answer is take the political answer and add to it literally millions of dollars pumped in by independent expenditure groups and Republicans to smear with false lies Adam Haber’s integrity [and] make him look like a sleazy politician,” Jacobs said. “People bought it and they voted for the lady who looked nice.”
“This was a classic lesson that negative ads work and truth doesn’t matter,” he added.
In addition to the $2.6 million in television and radio advertisements,  New Yorkers for a Balanced Albany, also spent $136,100 for polling in the Phillips-Haber race as well as other state Senate contests.
Efforts to reach StudentsFirst for comment were unavailing.
There are no charter schools located in the 7th Senate district, with most in the state being located in New York City. Phillips did not address the issue charter schools during the campaign. Haber, a member of the Roslyn school board, has said he was opposed to charter schools.
Phillips’ campaign often focused on preventing New York City Democrats from taking control of the state Senate, which would lead to more school aid for city schools and higher taxes on suburban residents.
Phillips also received a large boost from the Senate Republican Campaign Committee, which gave her about $736,700 of the nearly $1.03 million in contributions received by her campaign.
In contrast, Haber received contributions from the Senate Democratic Campaign Committee totaling just under $500,000, said Jonathan Heppner, a Haber campaign spokesman.
Chris McKenna, a spokesman for the Phillips campaign, said the independent expenditures were not the reason for Phillips’ narrow victory.
“Elaine’s win can be chalked up to her hard work on getting out and meeting with as many voters as she could, as well as a superior message and ideas that will make a difference for Long Island,” McKenna said.
Phillips defeated Haber by 4,161 votes — 65,709 to 61,548 — taking 51.6 percent of the vote to Haber’s 48.4 percent.
An independent expenditure is an expenditure for a communication “expressly advocating the election or defeat of a clearly identified candidate that is not made in cooperation, consultation, or concert with, or at the request or suggestion of, a candidate, a candidate’s authorized committee, or their agents, or a political party or its agents,” according to the Code of Federal Regulations.
The New York State United Teachers, which represents both public and charter school teachers, was Haber’s biggest backer, spending nearly $655,000 on television advertisements, home mailers, telephone calls to voters and polling.
Carl Korn, NYSUT’s chief press officer, said the union’s endorsements are based on who some of its 600,000 members believe have their best interests when running for election.
“Our members in that district preferred Adam Haber and worked very hard on his behalf,” Korn said.
He said that members of the union give between $1 and $2 per paycheck toward political endorsements, which is “their way of ensuring their voices are heard in the corridors of Albany.”
“When we decide to get involved in a race, those small voluntary contributions add up and enable a candidate to compete against the high-rolling billionaires who are trying to buy their ideology in direct contrast to the interests of their own constituents of that district,” Korn said.
He noted that there are no charter schools in the 7th Senate District.
Korn said NYSUT “proudly” represents charter school teachers, but has “concerns over how they are funded and how they operate,” and that public schools should be the funding priority.
The Carpenters Fund for Growth and Progress paid for “field consulting services” and “telecommunications services” for a total of around $271,500 in support of Haber.
His campaign declined to comment.
The Jobs for New York PAC, whose treasurer is listed in state Board of Elections data as William Auerbach, the CFO of the Real Estate Board of New York, spent about $330,000 on digital media advertisements, wages and polling for the Phillips campaign.
Efforts to reach the PAC were unavailing.
Although independent expenditures gave Phillips a spending lead, Haber led the race when it came political campaign contributions.
Of the $1.37 million raised through the campaign, $795,000 of it was loaned by himself to his campaign.
To Jacobs, money from independent groups decided the race rather than the issues, which he said was upsetting.
“What I can’t accept is that you slander somebody and just get independent groups in to spend the money on the ads, or the Republican committee, which gets the money from independent groups to be able to do that to somebody and destroy them,” he said.