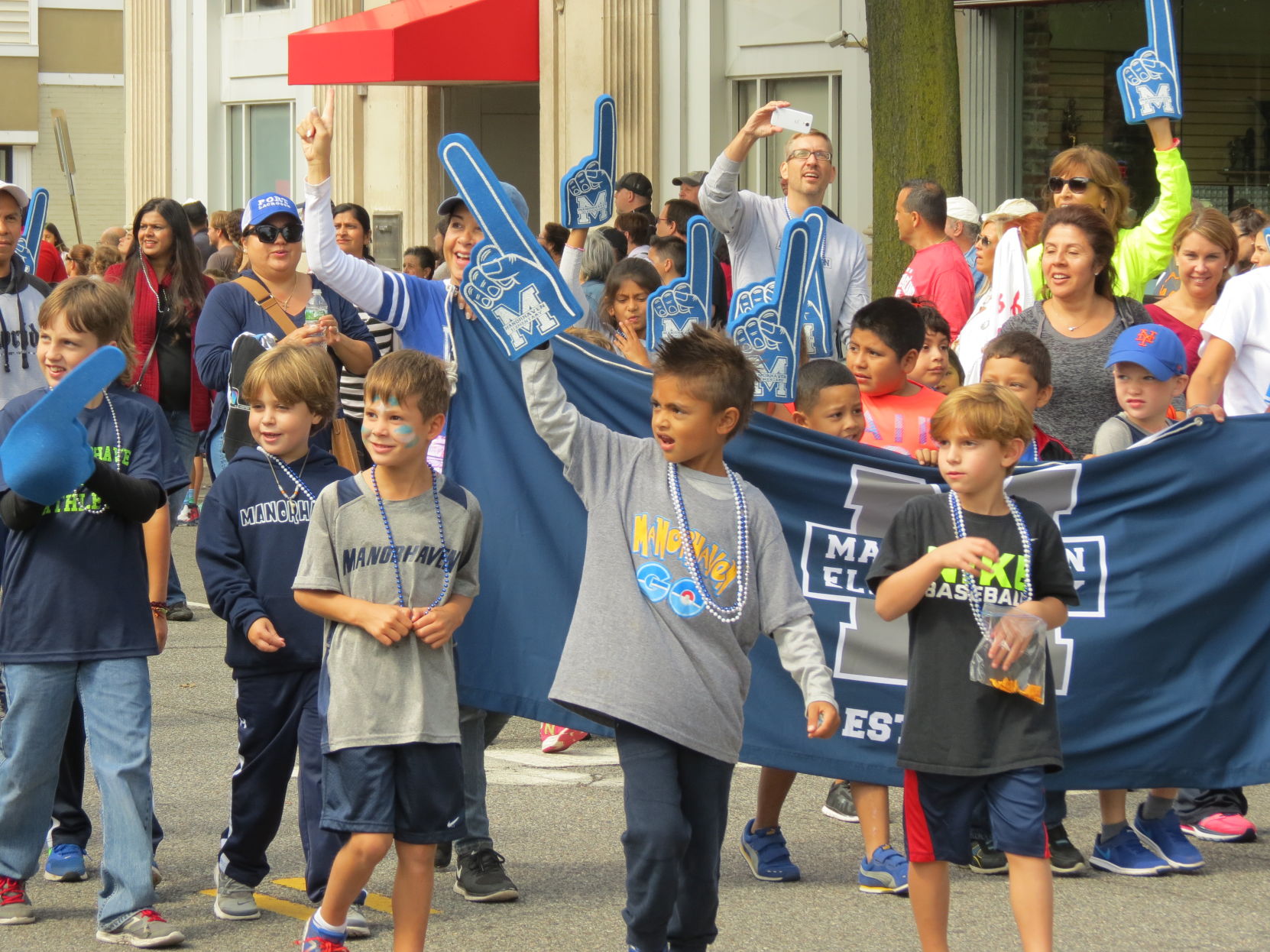 Barbara Faticone said Port Washington is a small community with a ton of pride.

On Saturday, during the 28th annual Pride in Port celebration, residents displayed their pride by coming together to celebrate the community.

“It was just a very beautiful day,” said Faticone, the co-chairwoman of the event. “It was unreal. Everyone came out and showed us what Port Washington pride is all about.”

At 11:30 a.m., residents lined Main Street to cheer on schools, committees and groups marching in Pride in Port’s parade.

The parade’s master of ceremonies announced each group as it walked by, and asked the marchers express their pride for Port Washington by yelling and shouting.

Fred Falconer, the owner of S.F. Falconer Florist,  led the parade as the grand marshal, and said everything went smooth and the parade was a big hit.

“It’s wonderful being out here leading the parade,” Falconer said. “Everything went well and it was all really nice. There was a lot of Port Washington pride and support.”

The parade ended at Paul D. Schreiber High School, where a carnival was set up for children and their families that included inflatable houses to play in, cotton candy and snow cones and face painting.

Tara Funk, a resident who has been attending Pride in Port for 10 years, said she loves living in a place that makes an effort to celebrate its community every year.

“I love Port Washington for a 1,001 reasons,” Funk said. “It’s so beautiful and a great place to live, and events like this show you why.”

Schreiber celebrated its homecoming football game as part of Pride in Port, facing off against Long Island Lutheran.

Manorhaven Mayor Jim Avena said Pride in Port is something that “does a great job bringing the entire community together.”

“I think it’s a great event,” Avena said as he watched the Vikings football game. “It’s a full day of fun and celebration, and there’s an event for everyone to participate in. It’s great for the community.”

A Schreiber High School hall of fame induction kicked off the event at 9 a.m., honoring five alumni by inducting them into the hall of fame.

The newly inducted hall of famers were also honored at halftime of the football game.

As children and their families enjoyed the rides and carnival food, senior citizens were served lunch and enjoyed music from a DJ in the Schreiber cafeteria.

Before eating, some seniors got up and danced to the music.

Faticone, who has been involved with the event since its inception, said the Pride in Port committee has been preparing since January, and that 20 committee members and many volunteers have been working tirelessly.

“When I was growing up, my friends and I had so much school spirit,” Faticone said earlier this month. “As time went on, that spirit wasn’t really there anymore, so these events have really helped bring it back, especially the football game, because everyone comes out to cheer on the team.”

Pride in Port was capped off with a dinner and dance at the Polish-American Hall.

During the dinner, the committee raised money for scholarships for Schreiber students.

Faticone said the committee gives out around five scholarships every year.

Faticone said he devoted time and energy to Pride in Port and other organizations every year.