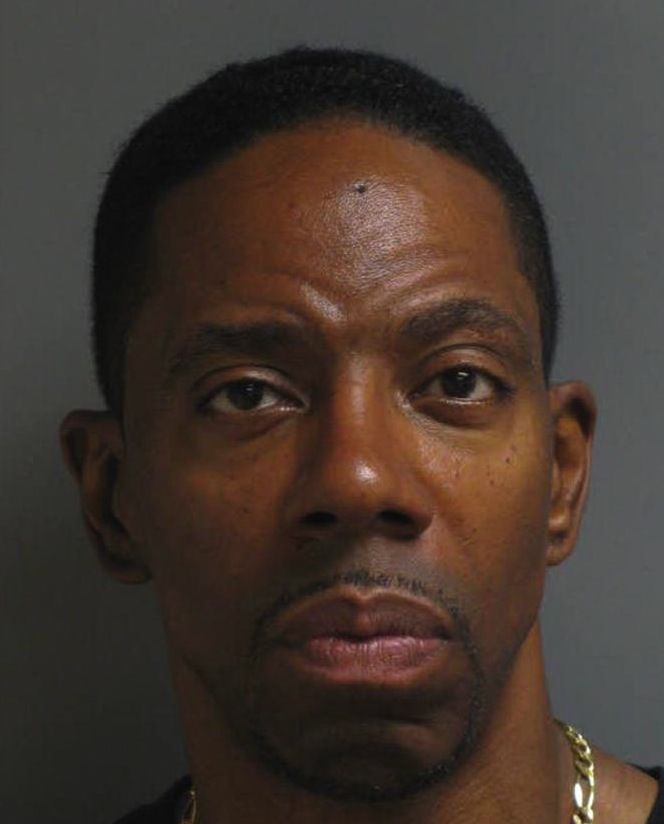 Nassau County detectives saw Eric Barnett, 50, climb over a fence into the backyard of an Associated Supermarket in Hempstead at 12:20 a.m. on Monday, police said.

He was arrested after climbing back over the fence and trying to flee in his vehicle, police said.

An investigation found Barnett had allegedly stolen money and merchandise from 11 other Nassau County restaurants, groceries and liquor stores since July 8, including Park Place Restaurant in Floral Park on Aug. 12 and Uncle Bacala’s in Garden City Park on Sept. 23, police said. He got away with nearly $6,000, police said.

Barnett usually entered the businesses through the roof, a police spokesman said.

Peter Hewitson, the owner of Uncle Bacala’s, said the suspect broke windows when he robbed the restaurant.

“He did more damage than taking things,” Hewitson said.

At a news briefing Tuesday, police said Barnett has been arrested 13 other times for crimes in Nassau County and Queens, Newsday reported.

His arrest came after an investigation by the Police Department’s Burglary Pattern Team, which was started earlier this year after a spike in residential burglaries, which have since declined compared with last year, Newsday reported.