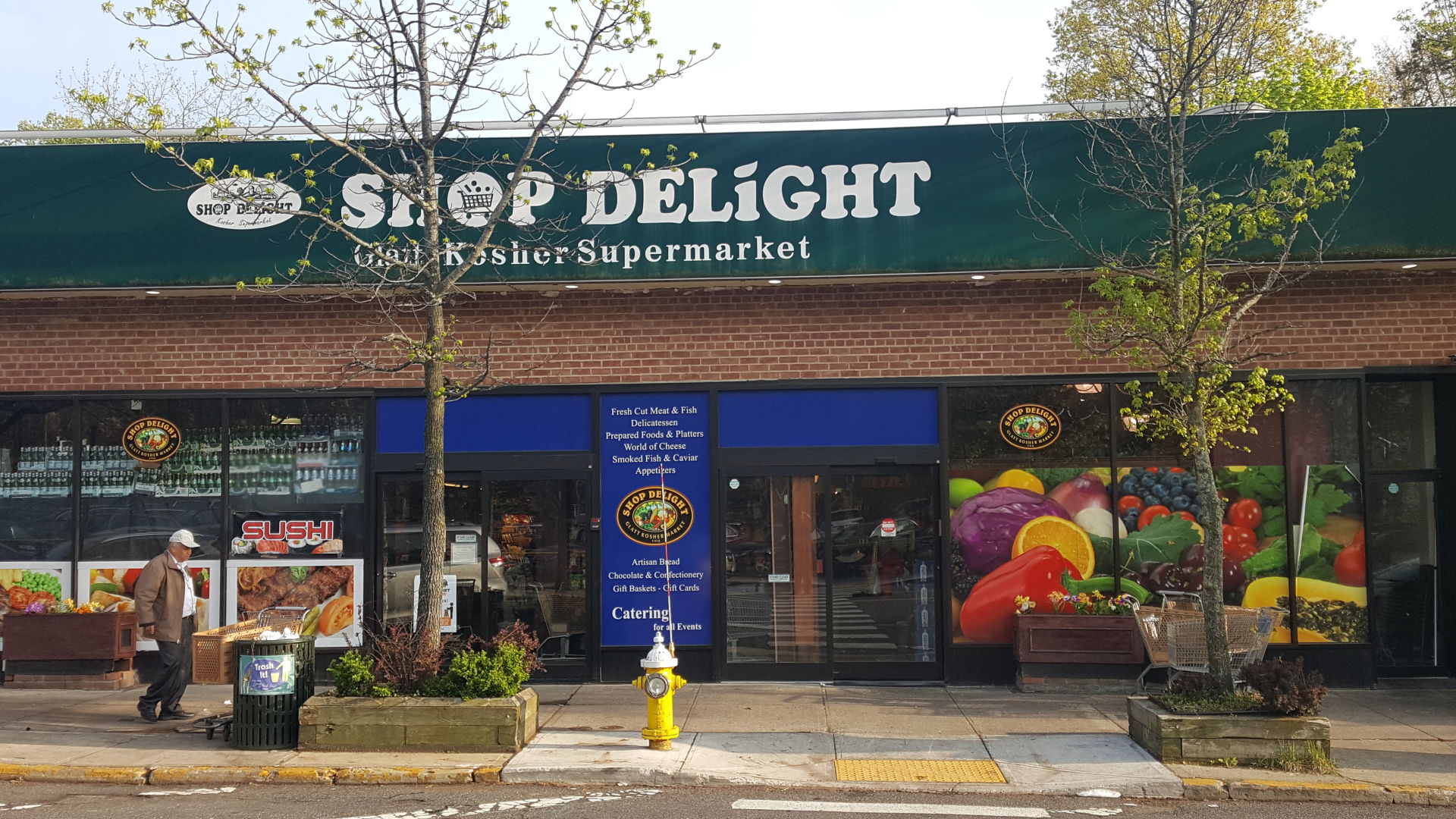 Once again, the Shop Delight kosher supermarket’s attempts to expand in Great Neck have been frustrated.
Village of Great Neck Plaza trustees unanimously voted last Wednesday to deny Shop Delight owner Mike Karam’s application to operate a storage facility, administrative office and location for preparing goods in a vacant storefront three stores down from the supermarket on Welwyn Road.
Before the board’s vote, Mayor Jean Celender entered into the record a collection of 53 entries of truck delivery violations witnessed and recorded by both members of the board and residents in the area from Dec. 19, 2014, to Oct. 19, 2016.
“We’ve been here and we’ve been asking the applicant to please be a good neighbor, do everything you can within your power to honor and respect what the village has put into your conditional-use permit, to deliver during the hours in which you’re supposed to deliver and the means in which you’re supposed to deliver,” Celender said. “This is just irrefutable evidence as to just a total violation of those conditions and here they are asking us to consider adding another part of the property on to this site.”
The application was Shop Delight’s third attempt at expanding.
Great Neck Estates trustees rejected an application for a second Shop Delight on Middle Neck Road in July 2015 after the applicants failed to file an amended application after several months of contentious public hearings.
At the May 4 Plaza board meeting, an application to operate a butcher shop in the vacant storefront was officially withdrawn after four months of discussions during which trustees repeatedly complained of problems related to the supermarket.
Similar to its previous butcher shop application, trustees criticized the supermarket’s failure to adhere to its conditional-use permit by  accepting product deliveries during restricted hours and delivery trucks unloading products in other areas besides the designated loading zone in front of the supermarket.
Shop Delight’s current conditional-use permit restricts deliveries to 7 a.m. to 3 p.m. Monday through Wednesday, but trustees and residents said they have witnessed deliveries by both vendors and Shop Delight-owned trucks during restricted hours.
Celender said the village has used code enforcement officers to monitor the supermarket and it has been “just not acceptable,” including the fact that Shop Delight has received deliveries on days it was closed for Jewish holidays.
“Why is it that our residents have to bear the brunt of those activities? I mean, they can’t enjoy a night of sleep,” she said. “It goes on day after day, multiple times a day.”
One resident, Jeffrey Choit, and his fiancee, Jamie Perlman, who live on Schenk Avenue in back of the supermarket and have appeared at board meetings for past Shop Delight applications, appeared at the meeting to voice their displeasure with the operation, stating that they are woken up in the early morning by  trucks coming into the back area.
When asked by the board to respond, attorney Paul Bloom, who was representing Karam and Shop Delight, said the board had laid out “information on the record in apparently a move to ultimately to deny the application.”
“There’s nothing for us to say at this point,” Bloom said.
Before the board voted, Karam walked out of the meeting. Efforts to reach him for comment were unavailing.
He has argued at past meetings that the storage facility would help alleviate some of the board’s concerns about deliveries.
After the vote was finalized and the application was officially denied, village Attorney Richard Gabriele told Bloom to speak with Karam and tell him that the board is “very concerned about the violations” and that he needs to start complying with the conditions in Shop Delight’s permit.
“There are conditions. It’s apparently getting really bad,” Gabriele said. “In order to avoid further action, he should do what he can do comply with the conditions.”