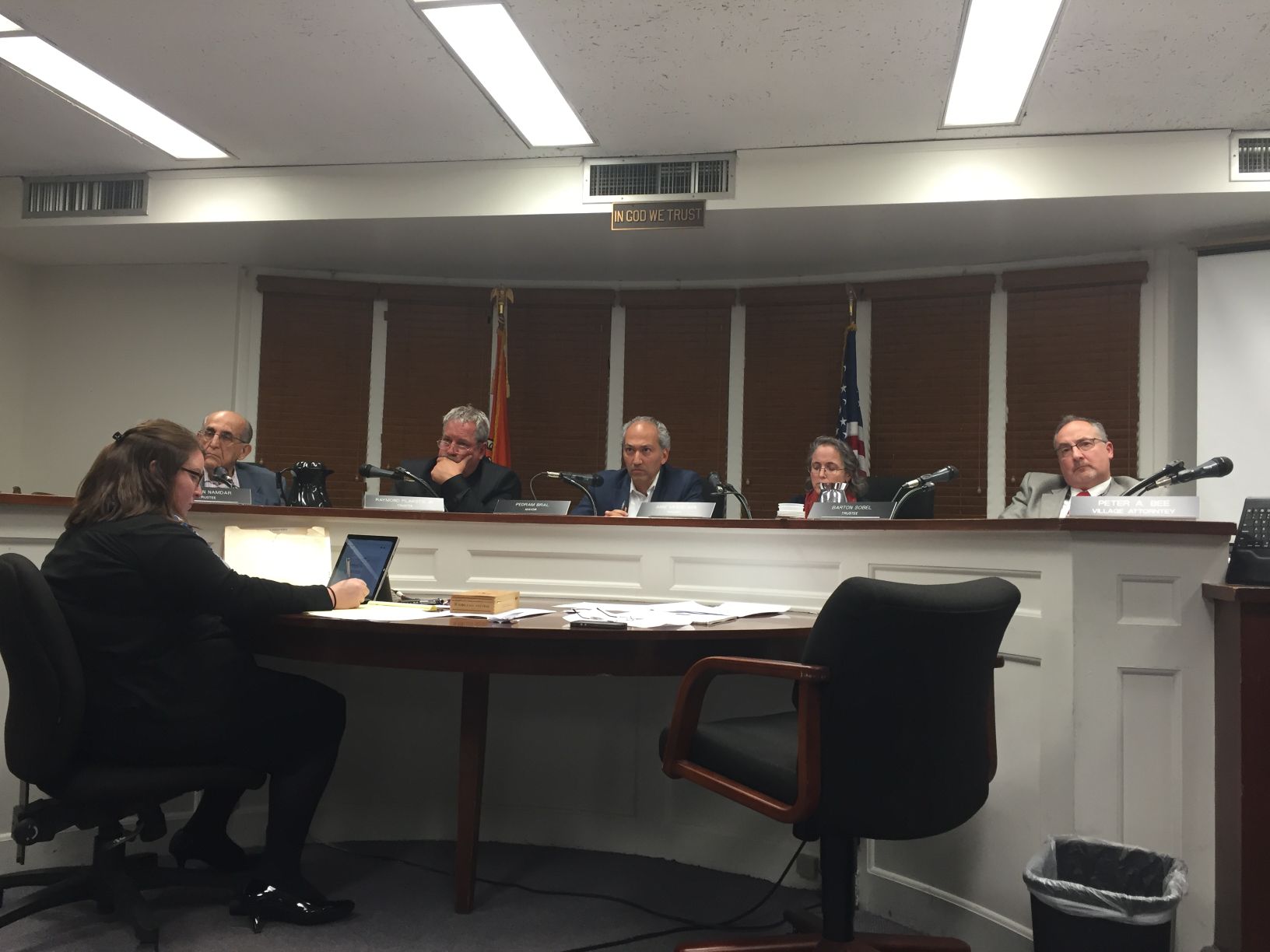 Village of Great Neck residents appeared again at Tuesday’s Board of Trustees meeting to determine how to properly feed feral cats in the CVS parking lot on Middle Neck Road and prevent them from entering the yards of homeowners, but this time talks were more peaceful.
Gary Rogers, president of the Nassau County Society for Prevention of Cruelty to Animals, was at the meeting offering potential solutions to issues faced by residents and cat feeders.
Rogers said that if residents can provide photos or evidence of where cats are entering their yards, the county SPCA can provide deterrents, such as coyote urine, to attempt to deal with the issue.
“We’ll put it out and see if that works and if that doesn’t work we’ll go to the next thing,” he said. “We will do anything we can to work with you.”
At the Aug. 16 board meeting, village residents clashed during a discussion on the feeding of feral cats. About a dozen feral cats  occupy the CVS parking lot.
Mayor Pedram Bral said that since that meeting, the village received over 50 emails from residents with comments on the matter.
“Some of them, unfortunately, threatening, which I don’t find amusing or befitting of the community that we live in,” Bral said. “Some of them more kinder or gentler asking the Board of Trustees to address the issue.”
Michelle Baum, a resident at 1 Preston Road, which is the home directly north of the parking lot, said she left the last meeting feeling like progress was made, but soon after saw that feeders were not properly feeding cats.
Baum said the Department of Health told her that cat food should be placed in containers, monitored and then removed once the cats are finished eating so the food doesn’t bring other animals to the area.
“There’s no monitoring going on,” she said. “The food’s not being left in containers and they’re just hoping that the cats are eating all the food by the time someone else gets there to see that the food is even there or not.”
Jennifer Shea, who said she is one of the cat feeders in the parking lot, said that she properly feeds the feral cats, but sometimes sees food left on the ground by people who don’t know the correct way to do so.
“The problem is that there are people who mean well, who don’t know that the colony is being managed,” she said. “So I’ll show up and there’s a 10-pound bag of food dumped or wet food or cans and I clean that up.”
Shea suggested that if the village placed a sign at the location notifying people that there were cat feeders managing the situation, then that could prevent problems.
“That, I believe, could help people to stop dumping the food and the neighbors having to encounter food on the ground,” she said.
Kathleen O’Malley, who runs the NYC Feral Cat Initiative, said the deterrents Rogers had discussed could be used to make resident’s yards and gardens “unappealing” to roaming cats.
“There is no 100 percent solution, I can absolutely tell you that,” O’Malley said. “But I can tell you that steps can be taken to minimize and mitigate.”
Rogers said that the county SPCA could donate cameras to the village to help officials monitor the situation and discover any wrongdoing.
Bral said he would speak with the village attorney, Philip Butler, about steps the village could take in putting up signs and placing cameras at the site.
He also said that neighbors with issues can meet with Rogers to discuss ways to deter cats from entering their yards and that he hoped what was discussed at the meeting would alleviate some of the problems.
“I think this is the first time in the past three months that we’ve been discussing this that we actually have both sides sitting and actually coming to a solution,” Bral said. “I think we have a solution and I hope the solution works.”