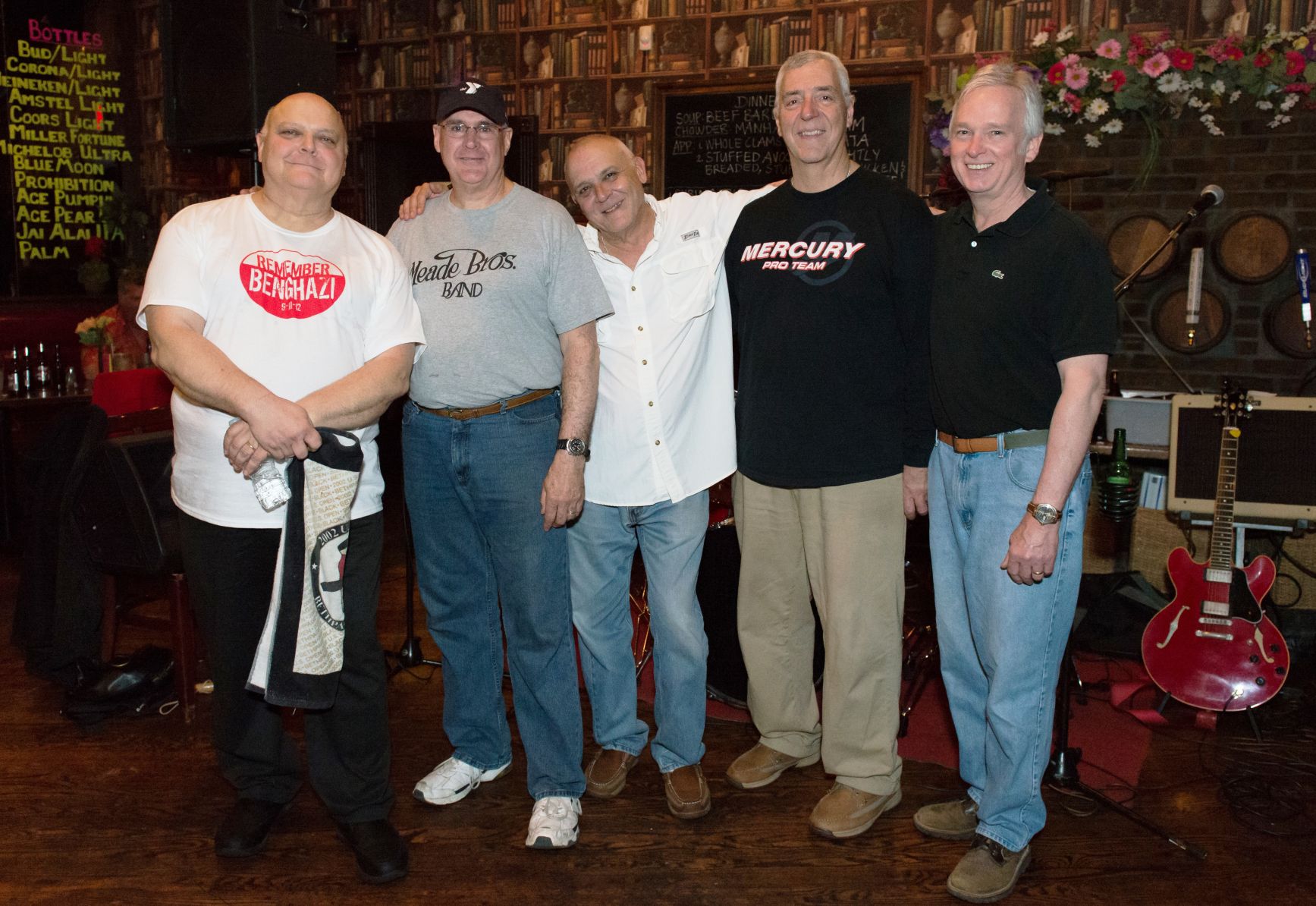 With the 32nd Annual AutoFest and Street Festival set to take place on Oct. 16, some familiar faces will be returning to the Great Neck Plaza stage.
For the 10th consecutive year, the Meade Brothers Band will headline the Great Neck Plaza Business Improvement District’s street festival.
“We’re excited to bring the Meade Brothers Band back as the featured entertainment for this year’s AutoFest and Street Festival,” said Jay Corn, Great Neck Plaza BID vice president and events committee chairman. “We keep bringing them back because our festival attendees and classic car owners love them.
“They are one of the most asked for bands on Long Island,” Corn added. “They have become an iconic part of the Long Island music landscape with their family-friendly renditions of classic hits.”
John Raguso, the band’s bassist and backup vocalist, said the band loves performing at the street festival because of the different types of people that get to experience the performance.
“What’s cool about the Great Neck AutoFest is the diversity of cultures that is there,” Raguso said. “You really have four generations of people you’re dealing with and you see all four generations of people out in the crowd.”
Formed in 1973, the band is made up of Great Neck natives Rich Meade, lead vocalist and rhythm guitarist, and Greg Meade, vocalist and lead guitarist, Raguso, Zach Stern, the drummer, and Paul Brokaw, a vocalist and keyboard player.
The Meade Brothers Band covers songs from popular bands such as the Beatles, the Rolling Stones, Van Morrison and more.
Raguso said that the band can play over 10,000 songs and leaves it to the audience to dictate what song genre and time period it will play.
“The band is not bigger than the crowd, we are the crowd,” he said. “We relate to the crowd and the people who come see us.”
“People love us because we play music from every genre,” Raguso said. “We do it all.”
He said playing at the street festival was important for the band because it allows those who don’t have the opportunity to watch the group perform elsewhere to see them at a free, public event.
Since the band plays at a lot of private venues, Raguso said, its members appreciate  opportunities  to perform for the public.
“What’s cool about this particular venue is it’s open to the public,” he said. “This is one of the few events during the course of the year where our fan base can follow us and come to a free venue and appreciate the sounds of the band.”
The AutoFest and Street Festival will take place in downtown Great Neck on Oct. 16 from noon to 5 p.m. and will feature classic cars, vendors and activities for families and children. In case of inclement weather, the street festival will be held on Oct. 23.
Similar to the Meade brothers’ family background in Great Neck, Raguso said, the band itself is establishing a history with the Great Neck AutoFest.
“The Meades and Great Neck sort of go hand in hand,” he said. “So in this case, the Meade Brothers Band and the AutoFest go hand in hand.”