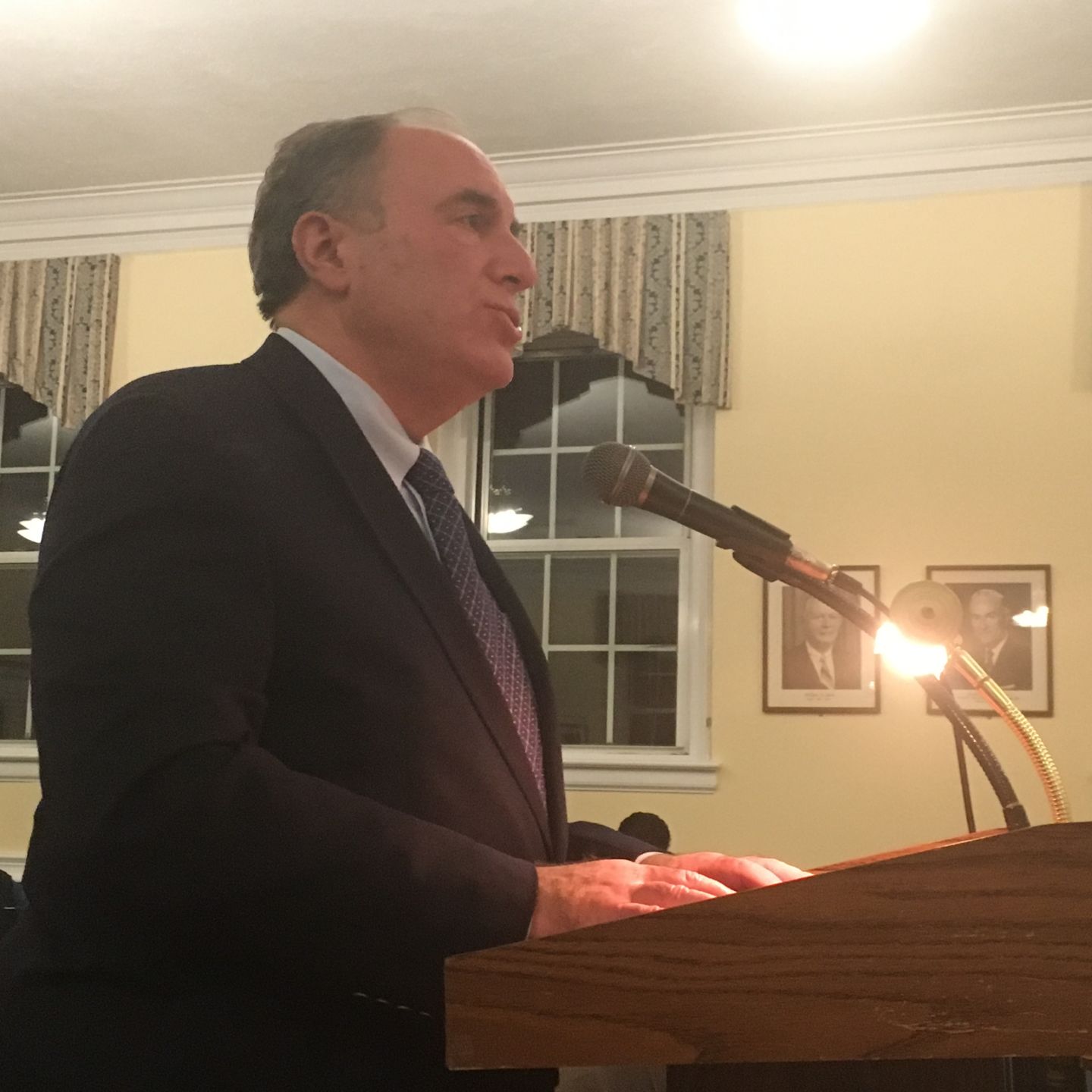 But residents and police officers say the standards would be out of reach for even the most experienced officers, narrowing the pool of candidates and preventing officers from rising through the ranks.

“I sadly think, and probably know, my career is about to come to an end,” Mark Wiegand, a Floral Park police sergeant, told a crowd of about 70 at a public hearing Tuesday night.

Village trustees on Tuesday tabled a proposed change to the village code that would replace the current qualifications for the police commissioner’s job with language critics say would give the board too much sway.

As first approved in 1984 and amended in 2000, the village code gives trustees authority to appoint a police commissioner who has at least 10 years of municipal police experience and has held a rank of lieutenant or higher in a force outside the village, or sergeant or higher in the village police department.

The proposed law, though, would let the board appoint a commissioner and set his or her qualifications in a separate resolution, which would not require a public hearing.

The board is also considering a resolution requiring the commissioner to have at least 15 years of police experience with at least five years as a lieutenant or higher, bachelor’s and master’s degrees, and certification from a nationally recognized training program such as the FBI National Academy.

Mayor Thomas Tweedy said the village needs to align its law enforcement standards with the increased demands on police since the Sept. 11 terrorist attacks and the rise of mass shootings.

“We require the best, most experienced and qualified leadership to hold the position of police commissioner, and this proposed local law speaks to that need,” Tweedy said, noting the proposed changes follow recommendations from the Police Executive Research Forum and the International Association of Chiefs of Police.

While they praised the work of current village Police Commissioner Stephen McAllister — the first hired from outside the village force — critics, including a leader in Floral Park’s police union, said the changes would raise the bar too high.

It’s hard for most officers to take time off to get degrees or attend training programs, so some would have no opportunity to move up after they become lieutenants, according to current officers, former trustees and others who opposed the law Tuesday night.

Critics also questioned the timing of the proposed change. Some said trustees were tailoring the qualifications to McAllister’s background to keep him on the job following a state commission’s decision that he could not receive pension payments while serving in Floral Park.

McAllister, an 18-year village resident, retired from the NYPD in 2009 and was made Floral Park police commissioner in 2010 after a brief stint in Newark, N.J. He serves under a two-year contract, which was most recently renewed in May.

McAllister rejected arguments that the proposed qualifications would be restrictive and said they make sense.

The state Civil Service Commission rejected McAllister’s application this year to receive pension money he earned on the NYPD while also receiving his $190,000 Floral Park salary.

McAllister and Tweedy denied that the Civil Service Commission’s decision had anything to do with the proposed law.

Tweedy said the Board of Trustees will likely change the proposal based on residents’ feedback.

He said village trustees had been weighing changes to the job requirements for some time, but did not specify how long.

Also on Tuesday, the board approved a one-year moratorium on subdivisions of residential property amid an increase in applications for them, village officials said.

Officials will use the year to evaluate the impact of subdivisions on land values, businesses and other aspects of the village, Tweedy said.