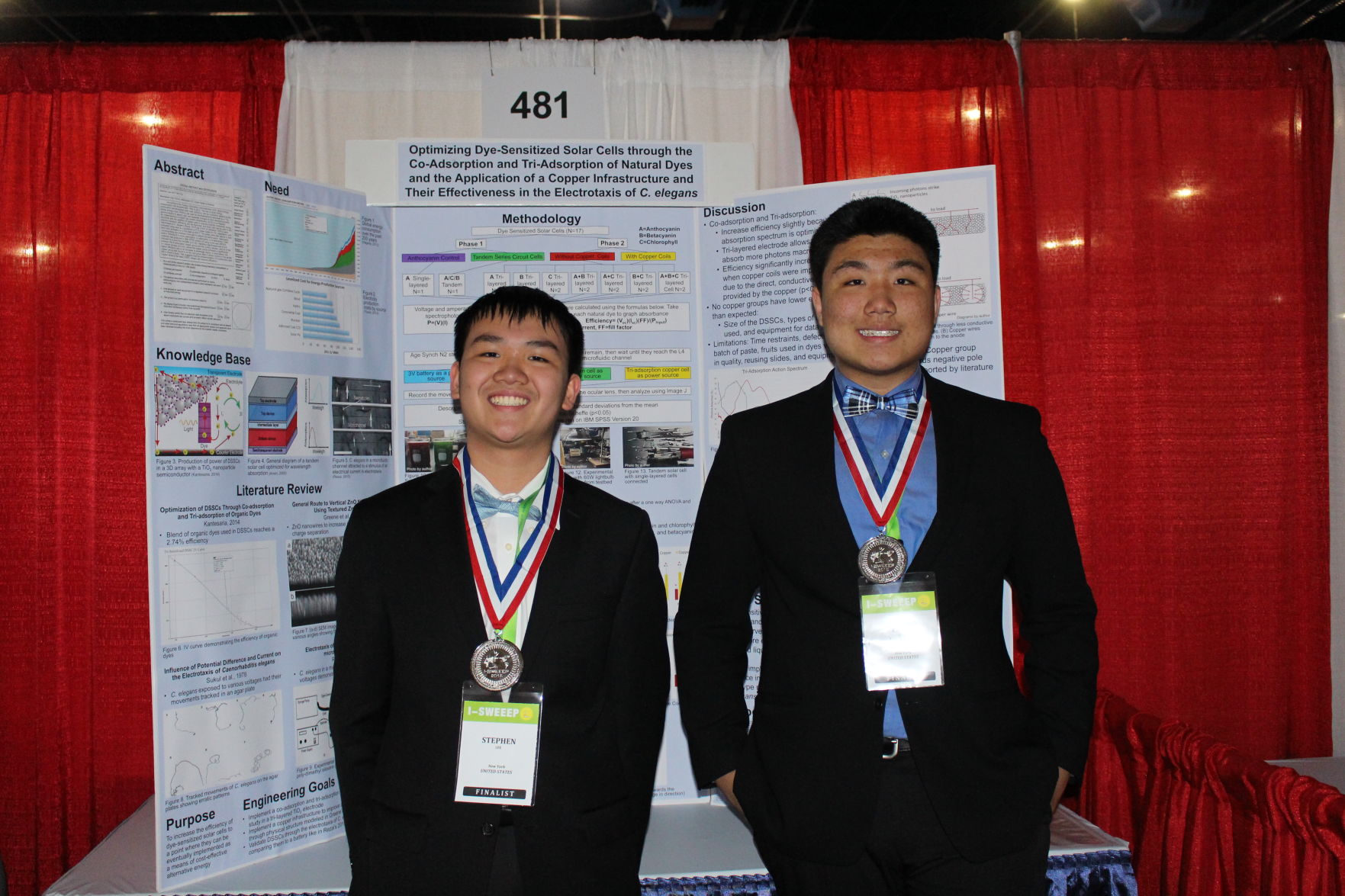 Two Manhasset High School students were named on Wednesday as regional finalists in the prestigious Siemens Competition in Math, Science, and Technology.

Eight additional Long Island students were among the 96 who received the designation.

“When I found out, I ran to tell my mom because I was so excited,” said Stephen Lee, one of the Manhasset winners.

Lee worked with classmate Fred Chu on the research that garnered the selection.

“It’s been a long journey through a lot of work, a lot of research, and a lot of reading,” Chu said. Both students are juniors.

The announcement followed Tuesday’s news that 15 Manhasset High School students were named semifinalists in the competition — the most of any school on Long Island and more than 20 percent of the 69 students on Long Island that received that honor.

“The Manhasset community is very proud of the extraordinary accomplishments of each of the students who was honored,” Manhasset school Superintendent Charles Cardillo said. “The recognition also speaks very highly of the high school’s outstanding science research program.”

That program is run by director Alison Huenger, who said this year’s 15 participants conducted their research Monday through Friday, and sometimes on Saturday.

With the exception of one student, all participants performed the entirety of their research in the labs at Manhasset High School.

“We let students explore what they’re interested in,” Huenger said. “We have students working on chemistry projects, biochemistry, engineering. Students have so much appreciation and passion for their topic, and that’s why they are successful.”

The students come up with a research topic that has a tangible impact on the environment or society, Huenger said.

In the case of Lee and Chu, their work concerned dye-sensitized solar cells, a pigmented material that generates energy when exposed to sunlight.

They aimed to show that dye-sensitized solar cells are as effective as silicon cells, another material that stores energy from sunlight, Lee said.

In late-November Lee and Chu will compete in the next round of the competition, which consists of a virtual presentation made to judges at Carnegie Mellon University in Pittsburgh, Penn.

After delivering a 12-minute presentation, the students will receive 15 minutes of questions from the judges.

They will compete against four other teams from New York State.

Lee admitted that he is nervous for the question-and-answer portion of the contest but said he and Chu are “very prepared for it. Hopefully, we’ll win.”

The winner of November’s competition will go on to compete against five other teams in the national finals to be held Dec. 5-6 in Washington D.C., Chu said.

The contest organizers will award $500,000 in scholarships, with $100,000 prizes reserved for the top team and the top individual.

No matter the outcome, Chu and Lee will be formally recognized at an upcoming board of education meeting, Schlanger said.

Both students said they intend to continue studying science in college, with Chu focused on engineering or chemistry and Lee on chemistry, physics, or biology.