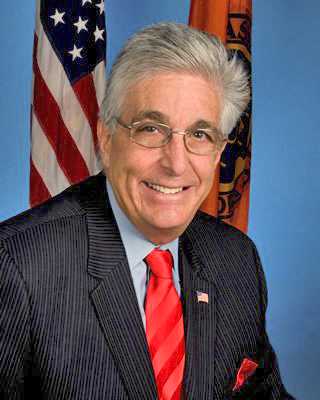 Former Nassau County Comptroller Howard Weitzman has spent over 20 years serving residents in Nassau County.
Now, Weitzman has returned to public service after Gov. Andrew Cuomo appointed him on Aug. 26 to the Nassau Interim Finance Authority board.
He said he was looking forward to the opportunity to serve on the NIFA board, which oversees the county’s finances, and once again work with the county.
“It’s something that I think I bring expertise to,” Weitzman said. “And I’d like to be able to continue to work with Nassau County because I have in the past.”
Assembly Speaker Carl Heastie nominated him in May to replace Adam Haber, who is running to replace outgoing state Sen. Jack Martins in the 7th Senate District.
Nassau County Executive Edward Mangano had objected to Weitzman’s appointment, saying that his former role as a political candidate deems him unfit to serve on the NIFA board.
Weitzman said that he believes he can serve on the board in a nonpartisan matter.
“The NIFA board is historically made up of political appointees,” he said. “I’m not quite clear of [Mangano’s] objection.”
Weitzman, a North Hills resident, served as a trustee for six years and mayor for six years in the Village of Great Neck Estates from 1983 to 1995 before serving two terms as county comptroller from 2001 to 2009.
He said that his nomination for the seat was a “pleasant surprise” even though he had previously expressed an interest in serving on the NIFA board.
Weitzman said that given his past experiences, he can be an asset to the board.
“I think it can only help benefit the board seeing how I was experienced on the inside of county government,” he said. “I have a firm understanding of how government works and the challenges Nassau County faces and the opportunities it has.”
The goal, Weitzman said, is to improve county finances and cut the NIFA-projected $130 million deficit.
“It’s no secret that the county spends more money than it takes in,” he said. “It’s clearly not sustainable.”
Weitzman said there were no immediate solutions to balance county finances.
“When I was first elected to office, I told my staff there are really no easy solutions because if there were, someone would have figured them out,” he said.
Weitzman said he will be meeting with NIFA members Wednesday afternoon to bring him up to speed on their plans and findings.
“I’m meeting with the NIFA staff to update me on what’s transpired in the past few years and what their plans are going forward,” he said. “I look forward to working with my new colleagues.”