In the Fall 2017 semester at New Hyde Park Memorial High School, the Dads’ Club not only raised money for the students and student activities, but also for Breast Cancer Research. The Club also hosted their annual Chili Cook-Off with special invites for active military personnel, veterans and members from our VFW’s. The Club helped the school’s Key Club collect for Toys for Tots and adopted a family for the holidays. Once again the Club donated and made the hot chocolate for Garden City Park’s Christmas Tree Lighting at the King Kullen Shopping Center.

Planned for early 2018, the club will continue to open the Shack when weather permits. Not only students can come by to enjoy some of the treats. On March 11, the club will host their Night of Comedy Fundraiser at Governor’s in Levittown. On March 15, the dads will fight childhood cancer, raising money for St. Baldrick’s. Residents can donate online, at the school or by contacting the Dads’ Club. The public doesn’t have to shave their heads to show your support but, bald is beautiful. If the school raises $5000 Principal Richard Faccio will sport the bald look. Meet in front of the school auditorium on March 15 between 3 p.m. and 5 p.m. to get hair trimmed.

In April, the Dads’ Club will again host a walk around the track to fundraise to fight juvenile diabetes and JDRF. Last year it was held during the Lacrosse Day festivities. Once the date is confirmed the walk will be put on the calendar. Most likely on the morning of the event the Dads’ Club will also host breakfast at the Shack. For $10 people can get to bacon or sausage with two eggs and cheese on a jumbo roll with choice of beverage, or choose pancakes with the bacon or sausage with choice of beverage. These are just a few of the Dads’ Club endeavors set for 2018. With the support from the community the club will be able to continue its support for these wonderful organizations and scholarships for the students at New Hyde Park Memorial High School. Feel free to contact the Dads’ Club at [email protected]. 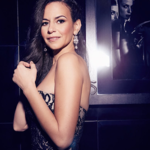 The Island Now: The top seven events for the coming week
Next Article 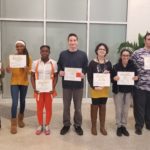