The US Senate made the initial move on Tuesday to bring Sweden and Finland to NATO. After Russia’s invasion of Ukraine, there is widespread support from both parties for the new alliance members. All 30 members of NATO should confirm the succession of the two Nordic countries, however Turkish President Recep Tayyip Erdogan this week threatened to freeze their bids in spite of their ascent at a summit held in Madrid in late June. A motion to recognize their membership was passed by the Senate Foreign Relations Committee. With almost universal support, virtually certain that the entire Senate will adopt it in next few weeks-Democratic Committee Chairman.

Senator Rand Paul, a Republican who is dubious of military deployments, struck an unsettling note. He suggested an amendment, which was swiftly rejected, to emphasize that the Constitution only grants the US Congress the authority to declare war NATO’s Article Five states that any assault on a member of the 1949-founded Western alliance beginning the Cold War with the Soviet Union — is regarded as an attack on everyone.

Despite frequent joint drills and cooperation, Sweden and Finland have generally avoided provoking their enormous neighbours to the east and have resisted joining NATO.

But as soon as Russia startled Europe on February 24 by invading Ukraine—which had attempted but failed for years to join NATO—the atmosphere swiftly altered.

The forces of Finland and Sweden have “extremely modern capabilities,” according to White House spokesperson John Kirby, and their membership would “substantially add to the Article Five commitment.” He told reporters, “We urge Congress to act as soon as possible. 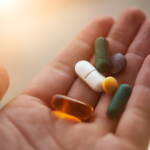 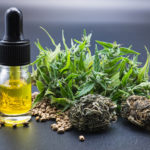 CBD for Diabetes: Does It Work? What Are The Advantages & Disadvantages?