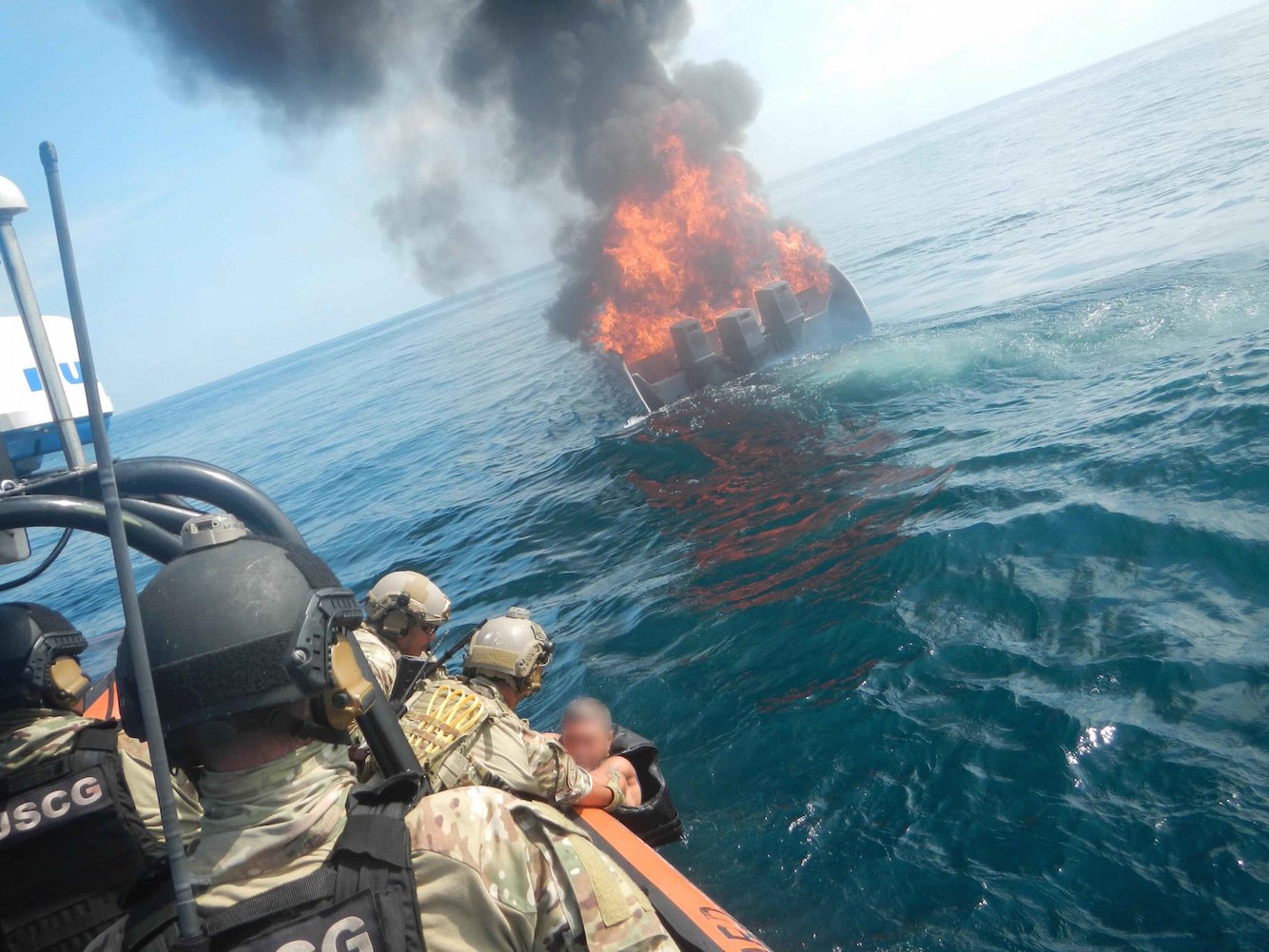 A suspected drug smuggler who jumped from his burning boat was pulled aboard by members of the USS Zephyr on April 7, 2018. (Courtesy of the US Coast Guard)

The event was particularly festive as the academy observed National Maritime Day, Midshipman Appreciation Day and the 75th anniversary of the academy.

The ceremony began with speeches from Rear Adm. James A. Helis, the academy superintendent; Rear Adm. John A. Shomer, deputy commander of the Military Sealift Command;  Lt. Cmdr. Grant Greenwell, the Zephyr’s commanding officer; and Mark H. Buzby, the chief of the Maritime Administration, and was followed by the USMMA Regimental Band and Zephyr crew.

“In the short time that I’ve been C.O. since August, we have been underway from home port almost 150 days, and that will increase to 225 days in the year,” Greenwell said.  “That puts us at an operational tempo of over 60 percent, which is almost twice as much as any other ship in the Navy.”

The 179-foot-long ship was launched in 1994 and currently has 24 men aboard; 19 enlisted men, Greenwell and four other officers. The Zephyr is 400 tons and is equipped with a rigid-hulled inflatable boat, four engines with four shafts, two generators, highly advanced navigation technology and weapons. The ship is also equipped with three drones, which are remote controlled by Greenwell.

The ship can travel over 30 knots, or approximately 35 miles per hour.

“The ship drafts down at roughly nine feet,” said Caulin Collier, the Zephyr’s operations officer and second-in-command, meaning that it needs at least nine feet of water.

In the past 18 months, the Zephyr has conducted four cocaine seizures, four seizures of various illicit drugs from boats and one marijuana bust. On its most recent patrol, the Zephyr intercepted a vessel suspected of smuggling about 500 miles out in the eastern Pacific Ocean on April 7.

The Zephyr retrieved 490 kilograms of cocaine, or about 1,000 pounds.

“As soon as they saw us coming up over the horizon, they set the vessel on fire with accelerants and jumped over the side of the vessel. We had to go and retrieve them from the water. One of them had some pretty significance burns on his arm that we had to treat,” said Greenwell.

As soon as cellphone evidence, contraband and the drugs were retrieved, Greenwell decided to sink the vessel because it was too far from shore to tow back.

“We are primarily a blue water ship,” Greenwell explained. Blue water ships usually patrol about 50 miles or more off a coastline, whereas brown water ships are in littoral waters. Because of its size, the Zephyr still maintain the capability of going into brown water.

“Typically, we stay at sea for 8 to 10 days at a time, but we go out on patrol now longer and longer, the last one was 75 days, the one before that was 76 … we are only limited by our food supply,” said Greenwell.

The Zephyr is preparing to leave for the next patrol, aiming to remain at sea for 90 days, “which is a pretty significant amount of time for a ship this size,” he said.

This is the second year that Long Island was included in New York Fleet Week. 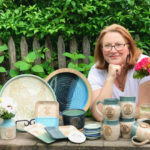 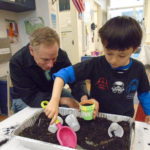 Temple Beth Sholom celebrates Mother’s Day with all loved ones