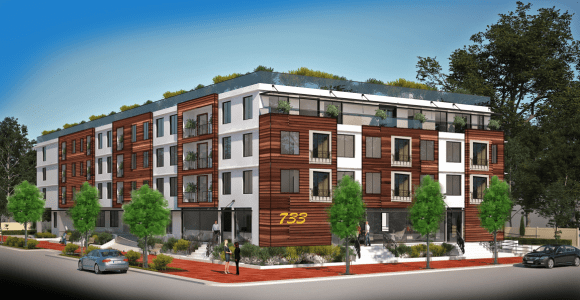 The Village of Great Neck Zoning Board unanimously approved the site plan for a proposed mixed-use project at 733-741 Middle Neck Road on Thursday night.

The proposed structure is a four-story mixed-use building that is 44 feet high and features 60 proposed dwelling units, with 56 two-bedroom apartments and four one-bedroom apartments, 93 parking spaces, a recreation center and a public art gallery.

The plans also show a meeting room, two recreation rooms, and a storage unit on the sublevel floors.

Five buildings riddled with chipped and faded paint currently occupy the space that the plans encompass.  While almost every resident has expressed interest in revamping the uninhabited structures into something more appealing and functional for the community, some have  opposed the size of the proposed mixed-use structure.

In January, the village’s Board of Trustees granted the developer, Gesher Community LLC, 12 incentives:

Additionally, since the board determined that a suitable community benefit is not currently feasible, the applicant is required to pay the village $150,000 in cash in lieu of a specific community amenity under the village code.

Village resident and architect Ken Lee attempted to express his displeasure with the variances during Thursday’s meeting, but the zoning board did not permit it since the public hearing was strictly focused on the site plan review for the proposed structure. Instead, Lee pleaded with the applicant to be as reasonable and accommodating as possible in constructing the building.

“Be considerate,” Lee said. “I mean, luckily you have all those variances approved. So at this point, you need to think about it, how to help the neighbors and how to not damage further.”

Other residents also criticized the process of the variances and notifications that the village conducted.

Village resident Rebecca Rosenblatt Gilliar, who resides within 200 feet of the proposed project, said she was not properly notified of the project by the developer.

“The developer has never sent me a notification,” Gilliar said in a letter to village officials. “In my possession are three of the envelopes in which the developer mailed to my husband notification of meetings/hearings, but not to me. My husband and I co-own the property.”

Gilliar said her husband had envelopes addressed solely in his name from June, September and December 2020. She also expressed disapproval for the way that Zoning Board Chairman Dennis Grossman and the Zoning Board handled the proposal’s evolution.

Kenneth Grey, legal counsel to the board, informed the public that there is no 200-foot notification requirement under the site plan review portion of the village code. However, under the Board of Appeals section of the code, section 575-193 states, “Before an application for a variance or a conditional, special or other use permit may be heard by the Board of Appeals or the Board of Trustees, a complete and accurate list of the names and addresses of the owners of all the lands within a radius of 200 feet of the property affected by such application shall be submitted simultaneously with the application.”

Concerns about the toxic plume in Great Neck were also brought up by several residents.

“This is a major undertaking for the community, and certainly for the developer and their pocketbook,” village resident Judy Rosenthal said. “Doesn’t this make sense for everyone involved in this, to focus on this issue, even if it takes some time, just get the right event answers and evaluate this because this is a hot topic right now?”

The underground plume originates from 1111 Marcus Ave., the former location of Unisys, a manufacturing company. The facility was acquired by the global defense company Lockheed Martin when it purchased Unisys in 1996. Lockheed Martin sold the property in 2000.

Among the harmful chemicals found in the plume is 1,2 dichloroethylene, a highly flammable substance that can cause effects on the blood and liver.

Glenda Clark, the lead project lead of environmental remediation at Lockheed Martin, did note that the public was at no risk of exposure to the contaminated groundwater that currently sits 100 to 400 feet underground.

“I just feel that whoever would normally review this needs to just review it one more time. Just to make sure that everything will be safe both for the residents of the building,” village resident Amy Glass said.

A correction has been made regarding the number of units in the proposed structure from 25 to 60. 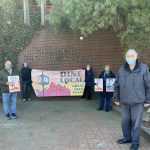 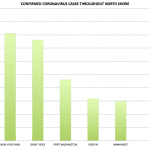