Our town is again in the spotlight of the international film world, as it hosts the 8th Annual Gold Coast International Film Festival, Nov. 2-13, when some 80 films are being screened at venues throughout the town of North Hempstead.

But year-round, the Gold Coast Arts Center, founded more than 25 years ago in Great Neck, turns our area into a cultural mecca that enhances the quality of life – and the value of our homes – for all of us.

It is not just outstanding films which during film series presented throughout the year give us front-row seats to preview screenings of important movies with the added privilege of being able to pose questions to the filmmakers.

The Gold Coast Arts Center (founded in 1993 as the Great Neck Arts Center) offers a stage, a platform, a gallery, a classroom for the entire spectrum of visual and performance arts, for all age-groups, from toddlers to teens to totterers.

What does it say that our arts center over the years has been able to bring internationally renowned, cultural icons including Baz Luhrmann (“The Great Gatsby”), his wife and collaborator Catherine Martin; fashion designer Oleg Cassini; artists Edwina Sandys (who also happens to be Winston Churchill’s granddaughter and was able to provide personal reflections last year at the festival screening of “Darkest Hour”), James Rosenquist and Larry Rivers; actors Paul Lieberstein (Toby from The Office), Kelli O’Hara, Savion Glover, Paul Sorvino; novelist Nelson DeMille and scores more?

This year’s gala, when the arts center presented its 2nd Annual Burton Moss Hollywood Golden Era Award, a bronze statue that Sandys created, to the actor Robert Wagner, is one of the key fundraising events the center uses to endow its scholarship, outreach programs and opportunities for young people to make their own leap into the arts.

“The Gold Coast Arts Center plays such a vital part in our community,” North Hempstead Supervisor Judi Bosworth has said. “It’s a source of revitalization, it brings the community together. Events like the Gold Coast International Film Festival spur economic development. It brings people into all areas of the town, not just to see films, but to go to restaurants and shops. It serves as a catalyst for people to know the town.”

Indeed, arts and cultural institutions are an economic engine for their communities.

But providing the opportunity to cultivate artistic expression in a child is, well, priceless. A study published in Economic Development Quarterly found that children who engage in the arts are more likely to become successful business people as adults.

“The arts engage and strengthen both sides of the brain, creating new connections, new ways of thinking, and innovation in problem-solving. The arts often engage those students who otherwise might not stay in school,” Theresa Statz-Smith, Executive Director of the Long Island Arts Alliance, told “Build a Better Burb” (buildabetterburb.org).

Michael Glickman, president of the Arts Center, has said, “The arts center opens doors to the future. And so we are working to ensure that we can offer our children opportunities that speak to today and tomorrow.

“As a person committed to this community and a proponent of making it possible for the arts to serve as a way to ensure that we safeguard knowledge and ideas, glories and vicissitudes, art and culture, we can look to the arts center and feel good that future generations will know, understand and value the unique place that the arts play in our history and in civilization.”

The arts go beyond an individual’s creative expression, to fostering community and shaping society. Indeed, the very definition of “civilization” revolves around the arts.

The arts are not just expressions of humanity, but make us more humane.

The arts offer a different way to learn and understand, a way to get out of our own narrow, parochial, provincial bubbles to see from a new perspective. Many of the films that will be screened during the festival – both documentaries and narratives – bring the world to us and make us think, empathize in different ways.

What is more, the arts center does not only bring culture, knowledge and a bigger worldview to us, it also brings the world to us, often introducing our community for the first time.

Jon Kaiman, the former North Hempstead supervisor who forged the partnership between the town and the arts center and is now a co-president, said, “The idea all along was to create something that is recognized not just throughout town, but beyond, that can feature larger community and take advantage of all the arts we have to offer residents…When people look for a great place to live, they look for cultural life and respect and awareness for the arts as an indication of a mature community. We have that in our town. How great to be able to take advantage.”

Take advantage of this jewel we have in our own backyard.

For a full list of films and for information on tickets, visit www.goldcoastfilmfestival.org. 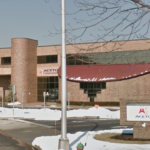 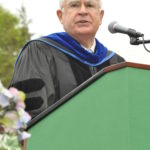