The Village of Kings Point Planning Board approved an application Tuesday night from Brickman Real Estate at the Point Inc. to subdivide the former Handler estate at 275 Kings Point Road and build nine homes.

The board agreed on a $2.25 million performance bond from Brickman Real Estate to assure the construction of roads that are to be dedicated to the village and an adequate amount of hydrants are installed and water-related improvements made for the benefit of the residents, according to board Chairman Peter Aron.

“Yes, we approved the resolution for the subdivision,” Aron said. “But no building permits have been approved yet.”

Board officials adjourned the case on Aug. 3 to finalize a portion of the bond regarding water mains and fire hydrants, after already completing a $750,000 bond for roadways, Village Attorney Stephen Limmer said.

Limmer said he spoke with Great Neck North Water Authority Superintendent Gregory Graziano to confirm that the owner’s offer of $1.5 million for water-related improvements was enough money for the work to be completed.

“The actual design, once they had the information, would be done at the owner’s expense by the engineers of the water authority,” Limmer said. “He indicated that it was going to take some time but he also stated, in substance, that $1.5 million, which was the amount previously stated by the owner to be the outside cost for that work, would be more than sufficient.”

Limmer said he then spoke with engineer Kenneth Pritchard, who was filling in for former Kings Point village engineer Chris Clements, to make sure the storm water drainage would be able to be accommodated.

“He said you can always accommodate water,” Limmer said. “He didn’t see a problem with approving the final subject.”

Limmer said after speaking to Pritchard, he called Brickman Real’s Estate’s attorney Paul Bloom to see if he wanted the board to proceed with the $2.25 million bond. Bloom confirmed, according to Limmer.

Also at the meeting, Aron announced that Clements had accepted an engineering position with Dvirka & Bartilucci Engineers and Architects P.C. in New York City.

“I’d like to take this moment to thank and recognize Chris’ service and express this board’s admiration and appreciation for his work on behalf of the village,” Aron said. “We wish him much success in the years ahead.”

Aron said the next village engineer will be selected at the next planning board meeting on Oct. 6. 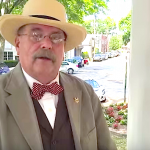