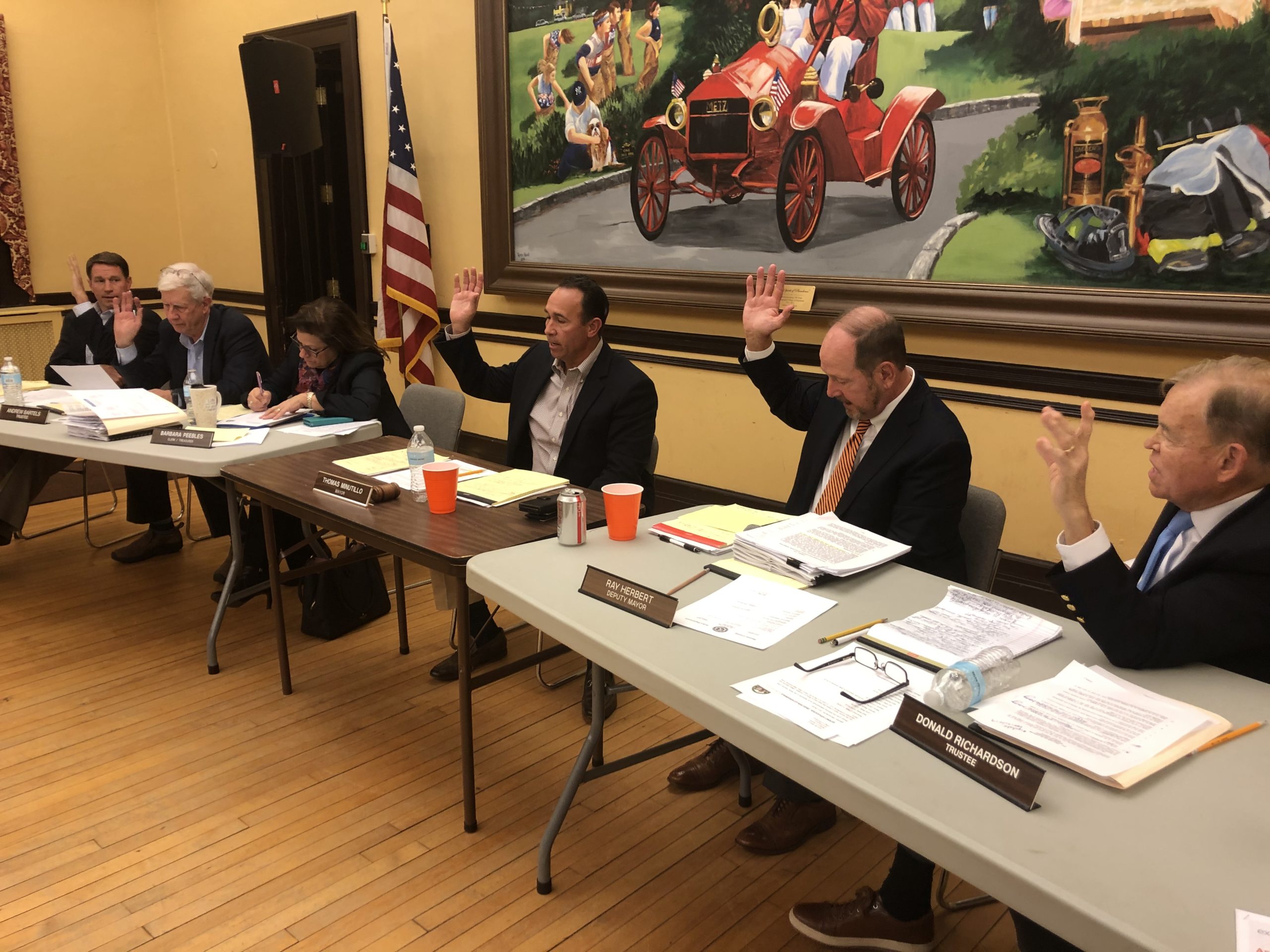 Members of Plandome's Board of Trustees vote to deny ExteNet's applications for eight cell nodes in the area. The company filed paperwork to sue the village on Tuesday (Photo by Rose Weldon)

ExteNet is seeking to install 16 cell nodes in areas including Port Washington Estates, Manhasset Bay Estates, Bayview Colony and bordering the Plandome Manor area, according to paperwork filed with the Town of North Hempstead on Aug. 23.

A deadline for a decision was originally set for Dec. 16, but in the nearly four months since, the town has not heard any public hearings on the matter, leaving them vulnerable to a lawsuit by the company.

“I am sending this e-mail along to inform you that ExteNet has filed an application to obtain a right of way agreement with the Town of North Hempstead to permit the company to install cell nodes and equipment in the Town right of way on existing and new utility poles,” De Giorgio wrote.

De Giorgio, who was defeated after two terms by Greater Port Washington Business Improvement District Executive Director Marianne Dalimonte, also thanked her constituents in the last paragraph of her email.

“This will likely be the last e-mail that you will receive from me as your Councilwoman,” De Giorgio wrote. “I want to take the opportunity to thank each of you for sharing these e-mails with your respective groups and for working with me over these last eight years to do what is best for our community.”

The councilwoman directed questions to her successor, who will take office on Jan. 2.

Plandome is the latest village on the North Shore to be sued after rejecting applications from the Illinois-based ExteNet.

The Villages of Lake Success and Flower Hill have also found themselves in court with the company, which was contracted by Verizon Wireless to construct cell nodes for data networks.

“For almost three years, ExteNet has sought and been denied access to the public right of way in Plandome to install small wireless facilities to provide wireless telecommunications services within the Village,” the suit alleges.

The suit also cites the “true reason” for the board’s denial as pressure from residents.

“Much of [the] opposition was based on concerns of negative health effects from radiofrequency (RF) exposure – something the Board is preempted from considering under federal law,” the suit states. “Indeed, in denying the application, members of the Board specifically identified health effects and generalized community opposition as grounds for their votes.”

Village Clerk Barbara Peebles said the village had no comment on the matter, as they had not been served as of Wednesday at noon.

The village is part of the 6th District of the Town of North Hempstead, represented until 2020 by De Giorgio, in addition to the villages of Baxter Estates, Manorhaven, Port Washington North, Sands Point,  Flower Hill, Munsey Park, Plandome Heights, and Plandome Manor.

The Village of Plandome’s Board of Trustees will discuss the last two nodes at their meeting on Jan. 21 at 7:00 p.m. 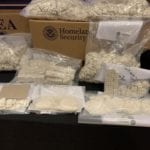 Officials seize $1.2 million of heroin as part of largest drug operation in Nassau County
Next Article 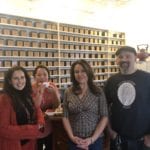