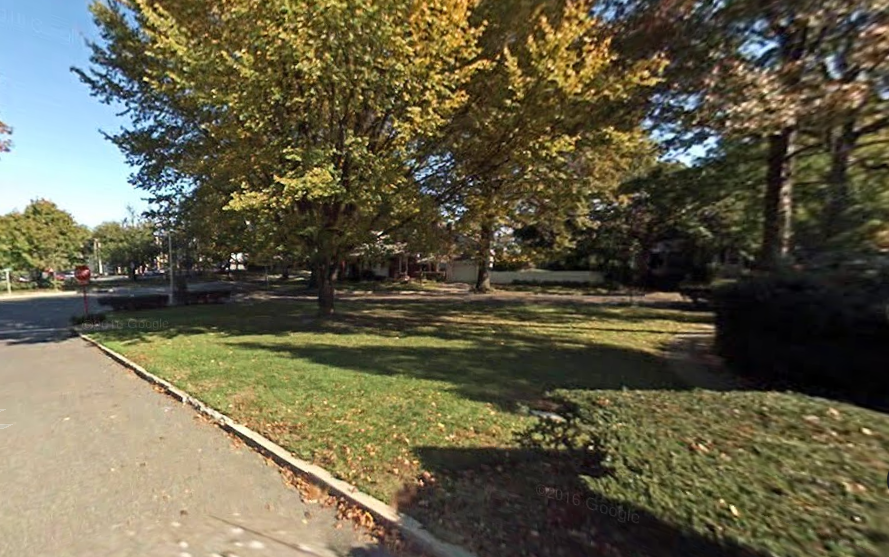 Floral Park officials hope a new park set to be complete this month will help spruce up the neighborhood where a new subdivision is under construction.

“We’re sure it will help the urban scape there and the landscape there,” village Mayor Thomas Tweedy said.

Village workers have been working since mid-July to turn a formerly empty lot in the village’s Hillcrest section into a “pocket park” dubbed Colonial Gardens Park, Tweedy said.

The 1,400-square-foot park is across from Hicksville-based Carriage Hill Developers’ nine-home subdivision at the former site of the Patterson Energy headquarters. Carriage Hill paid the village $120,000 last year for a small strip of land on the one-acre plot and gave the village another $30,000 toward the park, said Jerry Rumplick, an architect for the firm.

The village is using that $150,000 to build Colonial Gardens Park and fix other public spaces, including a small triangular plaza at Emerson Avenue and Jericho Turnpike, Tweedy said. The village has done all the work itself and issued only one outside contract for masonry work, he said.

Nadia Holubnyczyj-Ortiz, president of the Hillcrest Civic Association, said she proposed creating the park last year before the village approved the development, which Rumplick said is now under construction.

Carriage Hill offered to build it, but the village decided to take it on and the developer had no role in designing it, Rumplick said.

The village formed a planning committee for the park that included the Hillcrest Civic Association’s vice president, but not Holubnyczyj-Ortiz, she said.

Village workers also removed a large tree on the lot last May that many residents loved, she said. Tweedy said the village tried to salvage it but it was beyond saving.

While she wishes she could have had more input on its design, Holubnyczyj-Ortiz said she is glad to see the park coming to fruition.

“It is going to really make it a much more aesthetically pleasing area,” she said. “I at least wanted the residents to get something out of this.”

Rumplick said he thinks it will be a nice addition “not just our development but the whole neighborhood.”

Other recent park upgrades include work at Rotary Park on Tulip Avenue and making a building at the village’s playground and pool complex handicap accessible, Tweedy said.

Our Views: 2 symbols of Nassau’s mess
Next Article