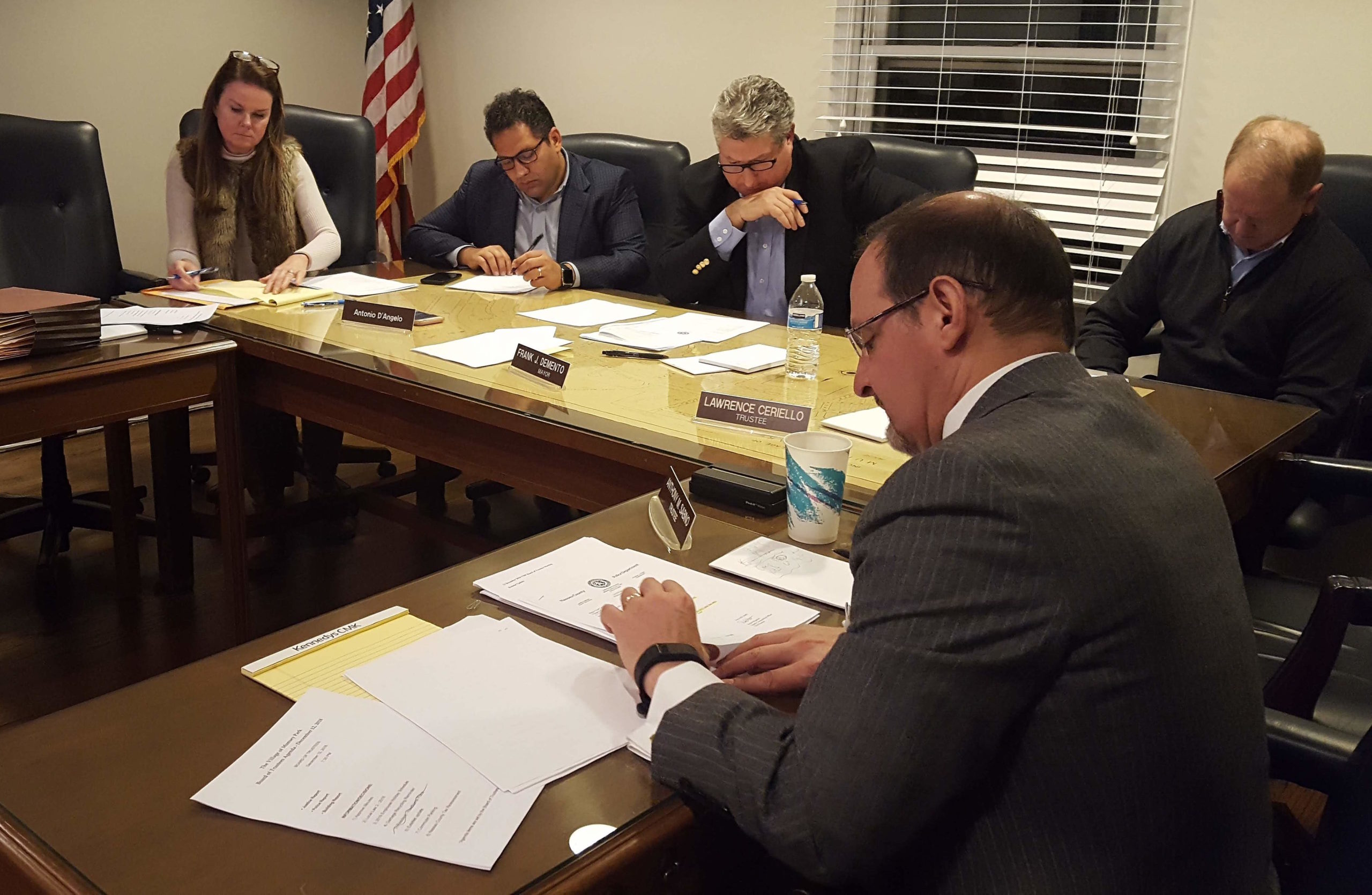 The Munsey Park Board of Trustees, at its first public hearing on its marijuana ban. (Photo by Teri West)

Gov. Andrew Cuomo’s proposed recreational marijuana program, as outlined in his budget proposal, allows counties and cities with populations of at least 100,000 to opt-out of allowing marijuana to be sold, while municipalities may only regulate the stores’ “time, place and manner.”

Some Nassau County villages, however, have already started readying or passing legislation to pre-emptively ban marijuana retail stores, and opinions differ from village to village about how such legislation would fare under the current version of Cuomo’s proposal.

Before its January debut, it had been widely anticipated that Cuomo’s budget proposal would include the legalization of adult-use marijuana. Legalization’s intricacies, however, such as who would have the opportunity to sell marijuana and whether municipalities would be allowed to ban it, were more subject to speculation.

The villages of Floral Park and Munsey Park both passed laws that zone the sale of recreational marijuana after Cuomo announced the details for opting-out.

Mayor Dominick Longobardi of the Village of Floral Park said the potential for a lawsuit is one reason that his village passed a law restricting the zoning for marijuana but not banning its sale.

The law limits the sale of marijuana to a specific, small portion of the village, which has a population of a little over 16,000, he said.

The Board of Trustees and village counsel agreed that the zoning restriction would have better legal standing than a 100 percent ban, the mayor said.

Munsey Park passed an all-out ban on the sale of marijuana earlier this month.

Trustee Lawrence Ceriello said the village was confident about doing so because of zoning distinctions laid out in The Nassau County Charter.

The charter grants villages that were founded before 1938 authority over their own zoning, he said. Munsey Park was founded in 1930.

“Munsey Park does have zoning control over the land in the village,” Ceriello said.

The Town of North Hempstead has already banned the sale of retail marijuana in its unincorporated zones.

The town has a population of 226,322, according to the last census, and its unincorporated sections alone have a combined population of approximately 122,643, said a Nassau County spokeswoman.

The group is gathering information from experts on everything from legislation and regulation to public health and will publish the findings in a report in March, Lafazan said.

“Data should be driving the conversation, and therefore we believe that any discussions right now on a potential opt-out are premature until the data is synthesized and the report is finalized,” he said.

Nassau County Executive Laura Curran would not say whether she would support a countywide opt-out when Blank Slate Media Publisher Steven Blank posed the question to her last Thursday at an audience-invited interview.

“The [state] legislation is still fluid,” she said. “We don’t quite know what it looks like. We don’t know what the revenue looks like, so I am very eager to see what this task force has to say about it.” 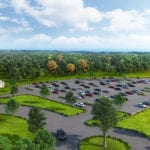