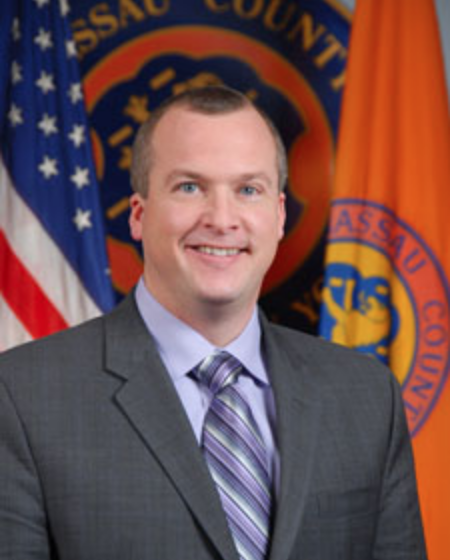 Rob Walker, a former aide to ex-County Executive Edward Mangano, was sentenced to 18 months in federal prison on Tuesday. (Photo from the Island Now archives)

Richard “Rob” Walker, the chief deputy county executive during the Ed Mangano administration, was sentenced to 18 months in federal prison on Tuesday after attempting to cover up a $5,000 cash payment he took from a county contractor, officials announced.

Walker, who pleaded guilty to obstruction of justice in May 2019, was ordered by U.S. District Judge Joan Azrack to pay $5,000 in forfeiture, a $5,500 fine and to complete 2,000 hours of community service, officials announced.

Walker accepted the $5,000 payment from a county contractor in 2014, officials said. In 2017, according to a news release from the U.S. attorney’s office for the Eastern District of New York, Walker learned the district office and the FBI had opened a grand jury investigation surrounding the payment.

Walker denied receiving any cash payments from the contractor when questioned by the FBI, officials said.  Recorded conversations between Walker and the contractor revealed Walker attempting to have a cover-up story if the contractor was asked about the payment by officials.

“You [the contractor] only borrowed it and I gave it back to you … there was never a quid pro quo,” and if he returned the money, “it doesn’t exist … wouldn’t you rather it not existing?” Walker said in recorded conversations with the contractor.

“Public officials have a great responsibility to uphold the public’s trust and make legal and ethical decisions that serve to benefit their communities,” FBI Assistant Director-in-Charge Michael J. Driscoll said in the news release. “Rob Walker did just the opposite when he accepted illicit payments from a contractor working for Nassau County and later attempted to cover his tracks and change his story once he realized the FBI was onto him.”

Efforts to reach Walker’s lawyer for comment were unavailing.

Walker served earlier in his career as deputy parks commissioner in the Town of Oyster Bay after first working as an assistant to then-Town of Oyster Bay Supervisor John Venditto. He then served in the state Assembly after winning a 2005 special election.

Walker is the son of Rose Marie Walker, a Republican Nassau legislator and former Town of Oyster Bay councilwoman.

Walker drew attention when his Hicksville Republican Committee ran a fundraiser in which 87 percent of the $58,350 raised was provided by county vendors. This included $2,925 contributed by VIP Splash Waterways Recovery Group, which received a $12 million deal from the county for Superstorm Sandy cleanup work.

The federal corruption probe also allegedly found that Mangano and Venditto had, in exchange for contracts, received kickbacks from restaurateur Harendra Singh, including a $450,000 no-show job for Mangano’s wife, prosecutors said. 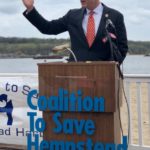 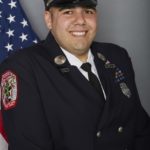