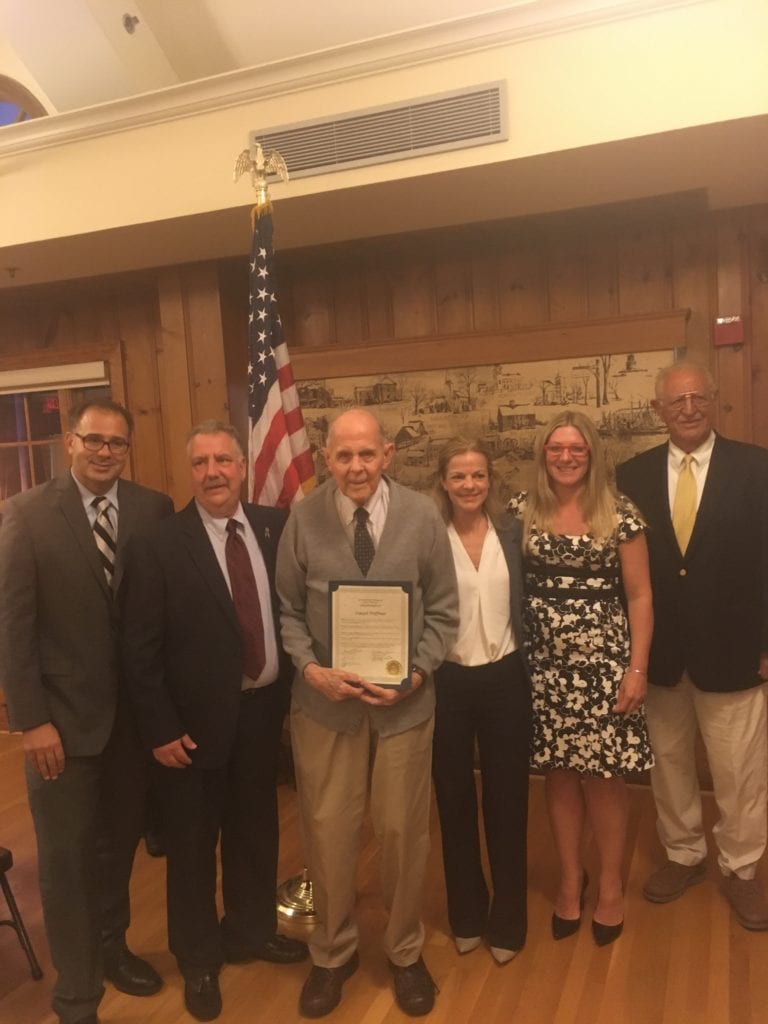 Mayor Bonnie Parente said at an Aug. 19 meeting: “They are not going about this as they should be. They are not being forthcoming.”

It was reported in May that the school board sought bids for a 6-foot-tall black estate fence to surround the school and a 3-foot stone retaining wall in front of the building.

The village board has contended that the fence must be no more than 4 feet high to comply with local code and the retaining wall and location of gate openings will impede emergency vehicles from entering the property.

Village Trustee Christopher Siciliano said that in a June 20 meeting with school administrators, requested changes to the location of gate openings were agreed upon but the school board later changed its plans and reneged on the agreement.

“The village has asked the Board of Education to adhere to the village code,” said the village attorney, Jefferey Blinkoff.

“If you feel that a fence should be there as a safety issue, you should feel that the Fire Department concerns about safety should be adhered to,” said Trustee James Iannone.

Recently the school board filed a lawsuit against the village board on this matter. Because of the pending litigation, the village board cannot comment further on the specifics of the case. However, it has filed a motion to dismiss.

In a residential newsletter sent out on Friday by village Clerk Marie Hausner, she wrote that the village board, through its legal counsel, sent a letter to the East Williston school district “months ago” asking it to file an application for a permit and comply with the village zoning requirements. Rather than doing so, the school district initiated legal action (an Article 78 proceeding in court) to require the withdrawal of the village’s letter, Hausner wrote.

“We are responding appropriately in the legal action,” Hausner said.

Rather, Hausner said, as in all matters relating to the village zoning code, the Village Board is seeking to ensure that its provisions are maintained.

One resident in the audience expressed dismay that taxpayers will be paying legal fees on both sides of this litigation.

East Williston Board of Education President Mark Kamberg did not respond to a request for comment.

On a more positive note, the village board honored East Williston resident Joseph Hoffman, who will be retiring after 15 years of service on the library board.

The mayor read a proclamation citing his work and said, “You will be a very difficult person to replace.”

Hoffman, who was a member of the New York Police Department for 29 years and served as first deputy police commissioner under Mayor Ed Koch, joined the library board in September 2004. He became chairman of the board in May 2017. He also served in World War II with the U.S. Marine Corps.