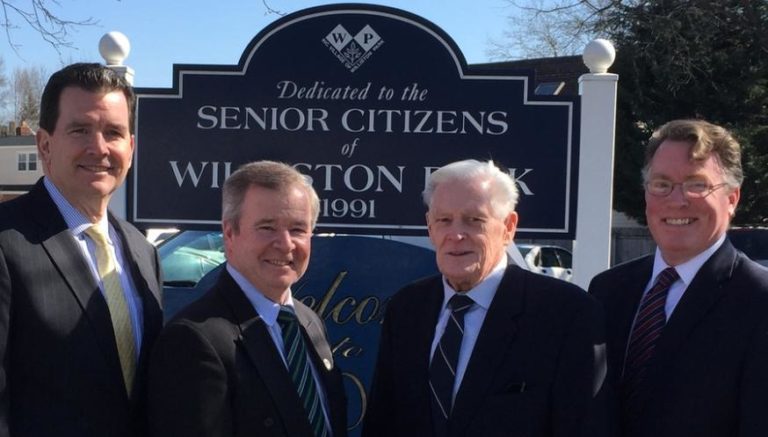 Village elections will be held Tuesday, March 15. On the ballot will be the seats for mayor, two trustees and the village justice.

Ehrbar, first elected in 2010, is running for a fourth four-year term after winning re-election in 2018 against former Williston Park Fire Chief Anthony Gagliardi by 410 votes. Rynne, who is deputy mayor, and O’Brien are seeking their fourth and second terms, respectively.

Kiley has been in his current role with the village since 2007.

The four are running as members of the Integrity Party, according to a news release.

“Mayor Paul Ehrbar, Trustees Kevin Rynne, Bill O’Brien, and Village Justice Kevin Kiley are proud to be seeking reelection as candidates under the Integrity Party nominations,” the news release said. “All four have been honored to serve the Village. They are anxious to work towards the continued improvement and betterment of this great Village of Williston Park and all its residents. This year’s election will be held on March 15, 2022. Statements from the candidates will be forthcoming, in a future issue of the Williston Times.”

Ehrbar, who ran the DWI program in the Nassau County Department of Probation before retiring, was elected to the Herricks school board in 1994. He served on the Herricks board for the next six years, three as president.

Recent accomplishments under Ehrbar’s tenure have been overseeing the village during the COVID-19 pandemic as well as the ongoing village roads project, among others.

Ehrbar is the second in his family to serve as mayor. His wife, Doreen, served as Williston Park mayor  from 2000 to 2006.

This article will be updated as more information becomes available.