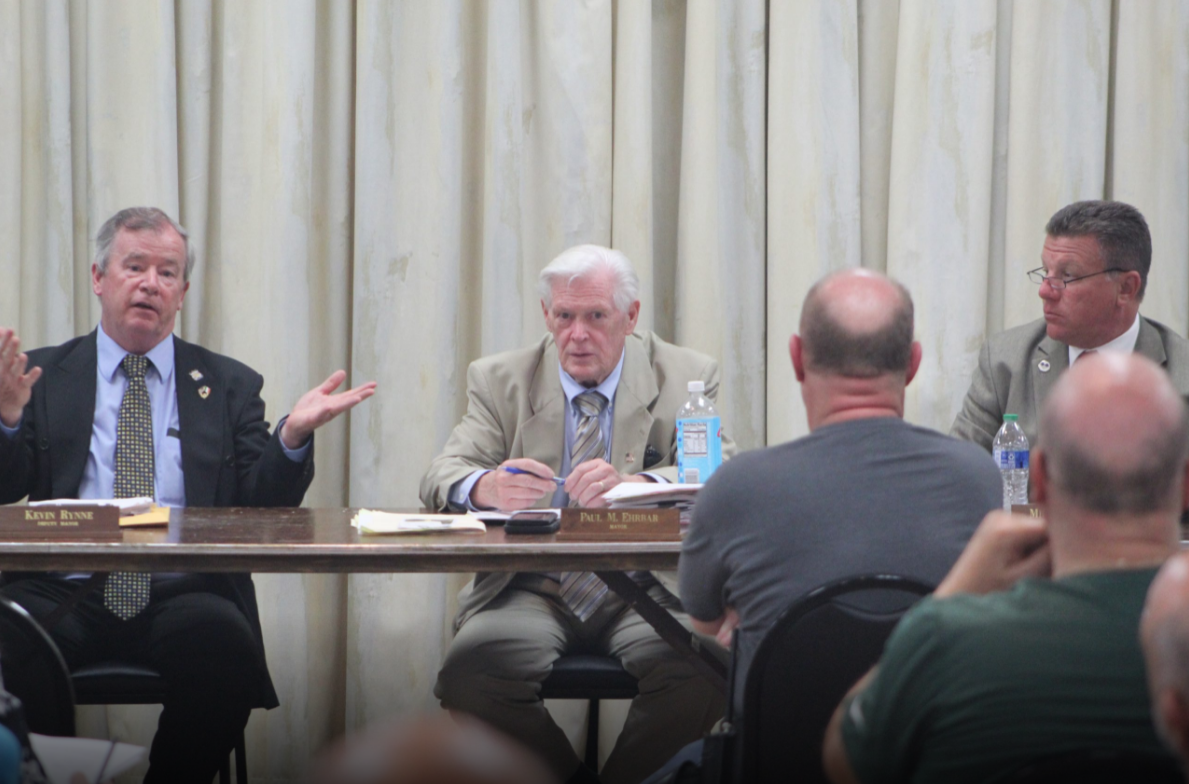 Williston Park Board of Trustees unanimously voted to opt out of recreational marijuana sales in the village. (Photo by Samuele Petruccelli)

The Williston Park Board of Trustees during a public hearing unanimously voted to opt out of allowing the sale of marijuana in the village. The move follows decisions by the neighboring villages of Floral Park and New Hyde Park to opt out of the adult-use cannabis industry that New York state projects to reach $350 million annually in tax collections.

The board, made up of Mayor Paul Ehrbar, Trustee William Carr and Trustee William O’Brien, considered the adoption of Local Law No. 3 of 2021 that allows Williston Park to say no to licensing and setting up retail marijuana dispensaries as well as consumption sites within its borders.

Deputy Mayor Kevin Rynne and Trustee Michael Uttaro were not present at the meeting.

Under the new state law, consumption and smoking of cannabis is now legal throughout New York wherever smoking tobacco is legal. Municipalities, however, have until Dec. 31 to refuse to allow the retail sale of the substance, though they will not get to share in any generated tax revenue.

Ehrbar cited the 4 percent local tax, access to minors, and lack of industrial zones as reasons for not approving the retail marijuana facilities.

“I believe that this is not the appropriate place to have a marijuana dispensary. This only impacts recreational marijuana, not medicinal” Ehrbar said. “There’s a revenue aspect to it which is 4% that comes into North Hempstead, we get 2 percent of sales of marijuana sold in the village.”

He continued, “If you equate that to a store and they were to sell $100,000 worth of marijuana, 10 percent of that would be $10,000 so there’s not a lot of revenue I believe we will be missing by doing this. I believe it’s in the best interest of the residents of Williston Park to opt out of this law.”

Michelle Fields, cannabis attorney and member of the New York Cannabis Association for New York City, mentioned during the public portion that the law has parts in place to restrict

“People are still going to have a right to cannabis delivery within your borders. Please understand that you have a right to control your businesses. Homegrown is legal, anyone that lives in a private home or private apartment will be allowed to grow their own cannabis. I think that’s where you’re making sure you have those added protections to protect those minors from not only consumption lounges but dispensaries.”

Fields said “this is a $40 billion industry and New York state is going to have the largest marketplace in the nation, and talking about multiple weed consumption lounges with a license and dispensaries, that’s significant revenue especially when you have such a high demand.”

The board responded that if the village were to opt in, there is no feasible space to build or the liberty beyond the state’s authority to control the businesses.

“We have very limited commercial space and we have no industrial space” Ehrbar rebutted. “Having someone get a license and sell in Williston Park doesn’t really give us much control…not having it here gives us total control.

Ehrbar repeated that sentiment in a later interview, saying similar to the way alcohol is monitored and regulated, it is out of their jurisdiction.

“How the Liquor Authority controls both bars and alcohol, I believe there will be a group from the state handling this, and it’s really out of our domain. The only way we could handle it is if it’s being done illegally in the streets, in which case then it’d be law enforcement. So we would have very little control, other than zoning regulations and the building itself, but from my interpretation the way it’s set up is that the state will have an authority to control the facilities.”
Williston Park and surrounding villages have acted similarly to Nassau County legislature, which unanimously voted to ban cannabis smoking and vaping on all county-owned property.

The opt out may not be permanent, however. Residents can petition the outcome of the recent vote, which if successful triggers a process that places the law on the ballot at the next state or local election. 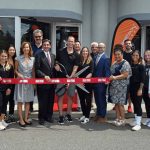 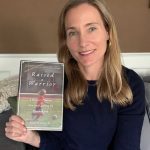 Susie Petruccelli: A warrior on and off the field