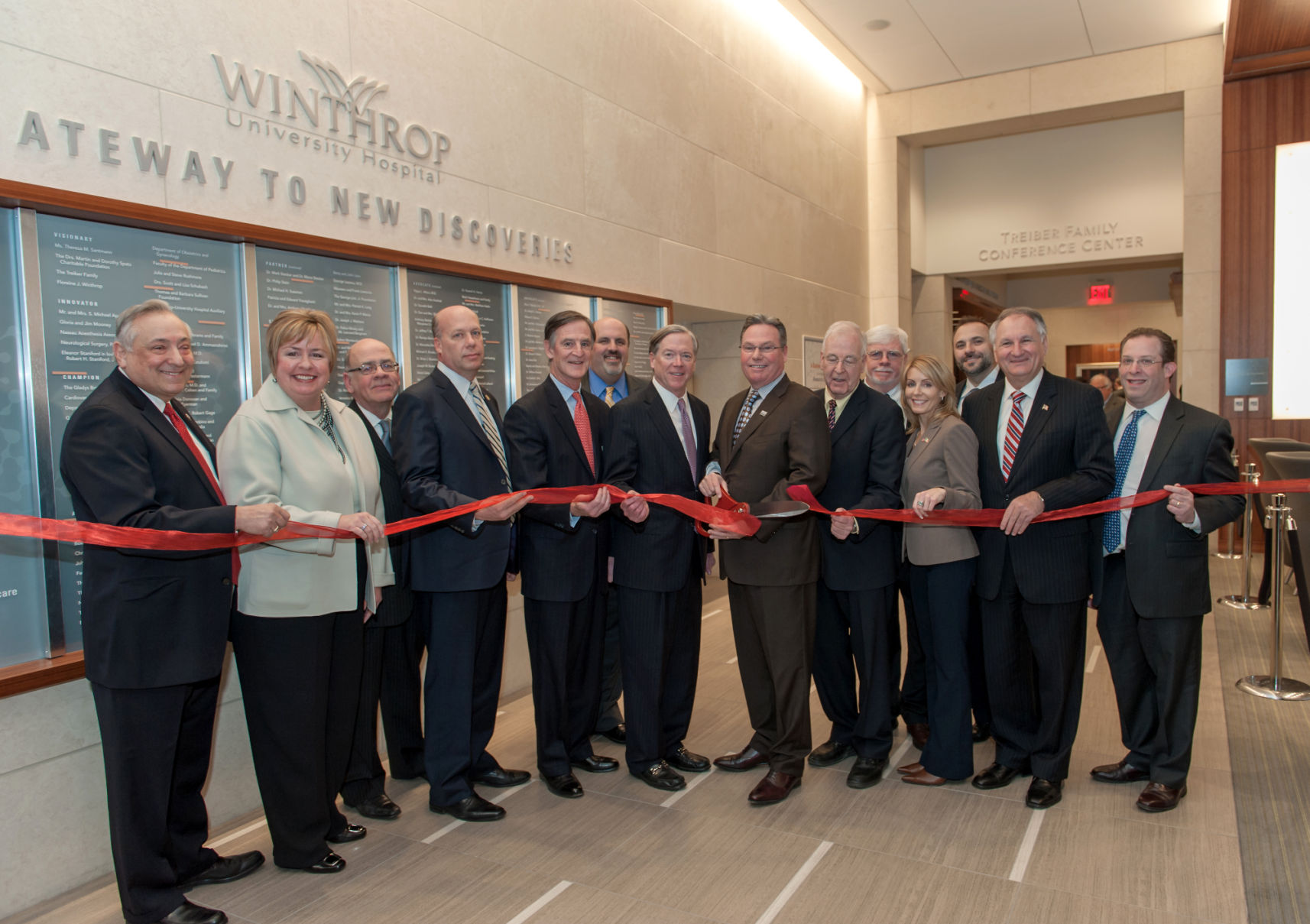 Winthrop-University Hospital this week celebrated the opening of its 95,000-square-foot, $110 million diabetes and obesity research center, signaling the end of more than two years of construction.

At a private ribbon cutting ceremony Thursday evening, state and local politicians, donors and staff received tours of the facility and heard from Winthrop’s chief executive officer and chairman of its board of directors.

“Winthrop’s new Research and Academic Center will be an epicenter of wellness care, research and medical study for Nassau County and the region as Winthrop takes on the tough job of confronting how personal habits, nutrition and the destructive forces of obesity are threatening our future,” Winthrop CEO John Collins said in a statement. “We have taken steps to ensure our continued success and thereby remain a vital resource for the residents of Long Island.”

Dr. Alan Jacobson, the chief research officer of the center, said the state-of-the-art technology will allow the hospital to work towards better patient results and ground-breaking research.

“I see this building as a tool,” Jacobson said.

Construction on the five-story facility began in 2012, and by the time the facility is fully operational in April it is expected to house 140 employees in clinical or academic fields, including 45 new jobs for the community, according to a hospital press briefing.

Strauss, who received an extended “thank you” from the hospital’s CEO, said Mineola has been closely involved with the project throughout construction – from holding public hearings on the proposal to re-approving the project.

“It was from the start to the finish we’ve been involved,” he said. “Our buildings department has been here literally every day; it’s been a great partnership with the hospital.”

Research at the facility will center on diabetes, obesity and the cardiometabolic complications that arise from those conditions, as well as other national and local health issues, the press briefing said. In addition to research, the facility has classroom space and advanced simulation equipment for Stony Brook medical students and the capacity to see 200 patients per day.

The ceremony also highlighted the architecture of the building itself, including its green roof, water retention and treatment system, soundproof executive conference room and aesthetically minded profile.

“It’s just a beautiful facility inside and out,” said Nassau County Legislator Richard Nicolello, whose district includes Mineola. “This really creates a feeling of the downtown area, a vibrance of the new emerging downtown.”

Though the ribbon cutting represented the near end of construction, Strauss said the real work is about to start.

“The building itself is completed,” he said. “But the research is about to begin, and the benefits to the community – not just Mineola but to the entire community, and the county and maybe even the country – will last forever” 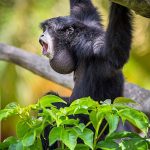