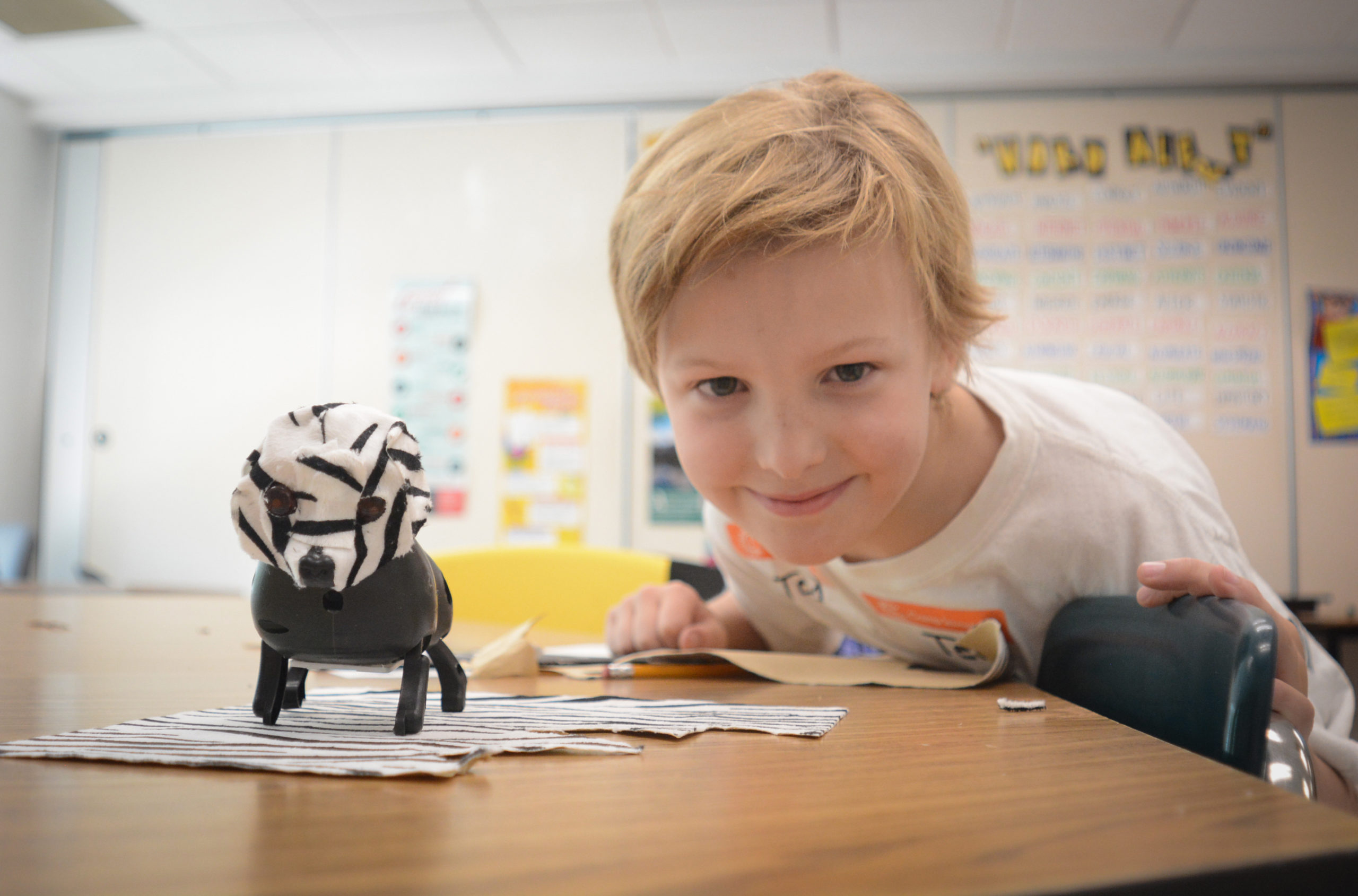 Ted, 9, leans down and poses with Waffleman, whose head was just adorned with fake fur. (Photo by Janelle Clausen)

On the second day of Camp Invention in Weber Middle School, Ted, 9, places some finishing touches on Waffleman – “completely ridiculous, though I love ridiculous” – a small robotic dog he will be taking home on Friday.

Then, with a quick move, the dog lights up and takes off down the round table barking.

“You just flip the switch and let the magic happen,” Ted, a returning inventor, explained in an interview.

Ted was one of the 140 young inventors on the North Shore gathered for Camp Invention in Port Washington, a weeklong camp helping children from kindergarten to sixth grade create little racing bots, robotic dogs and mini-mansions that light up.

This marks the third year of the program, which started in 2016 with only 42 students and a teacher duo jumping between different lessons.

Rachel Gilliar, the director of Camp Invention, said her children first went to Camp Invention when its closest location was in Rockville Centre on the South Shore.

“I thought it was a really interesting program and I could see the impact it had on how they thought over the course of the year,” Gilliar said, recalling how her children then wanted to fix broken things and take stuff apart to see how it works.

Gilliar said she then called Camp Invention, the nonprofit of the same name that runs the weeklong camps, which in turn encouraged her to volunteer and eventually lead a program.

“They designed the camp by studying the way actual inventors played as children and tried to model the program on that,” Gilliar said. “So the goal here is to have all the learning and play be open-ended and creative.”

There still is a set curriculum in place, she added, as well as teaching assistants and counselors-in-training guiding children through each module.

One of the child inventors was Zachy, who created a robot named “Recyclebot” with a crane head that could turn 360 degrees. He recycles “things that are not being used like cloth,” Zachy explained, with the help of a turnable table in his mini-mansion assembled with small boxes.

Another one of the children inventors was Sophie, a 10-year-old girl and a three-year veteran of the program. She said that the activities change each year, but stay fun.

“I’ve been really enjoying them,” Sophie said after a class where students created small bots that use sensors to race around black lines.

Marisa Johnson, one of the program’s original two teachers and an instructor at Sousa Elementary School, said the program trains critical thinking while allowing them “to be kids,” create something and get a sense of accomplishment.

“I love that this camp allows kids to be imaginative without using technology to create things with their hands, with their peers, with their imagination that school, unfortunately, doesn’t always have the time to allow kids to do,” she said. 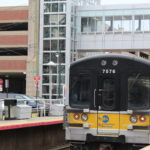 Editorial: A threat to our basic freedoms